With our wives heading for Cardiff to give the credit cards a bashing, Paul and I took the easy option and decided on a walk in the Garnant area. Paul had spotted the walk in a web site from Brecon Beacons National Park.

The route was well way marked although we did miss one turning which should have taken us past Hen Bethan Chapel. We blame our interesting conversation.

The conditions under foot was quite wet  but the views were extensive. Although Wales is better known for its flocks of sheep we saw Llamas, donkeys and goats with huge scimitar type horns. 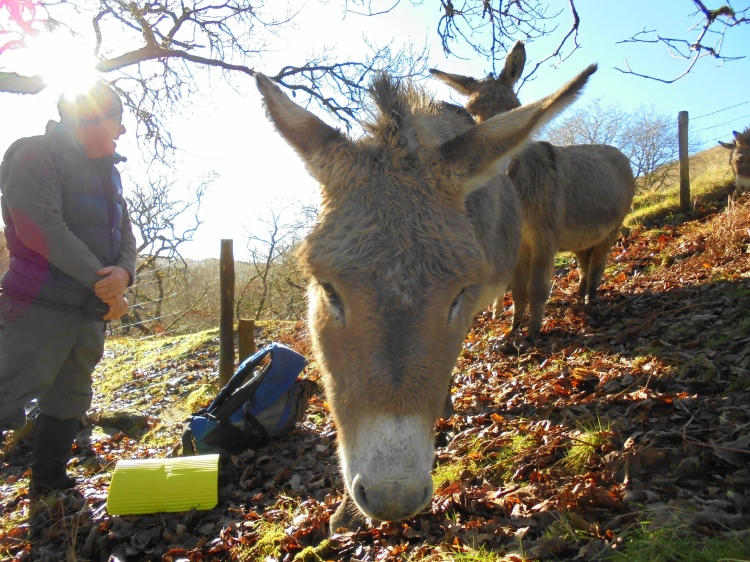 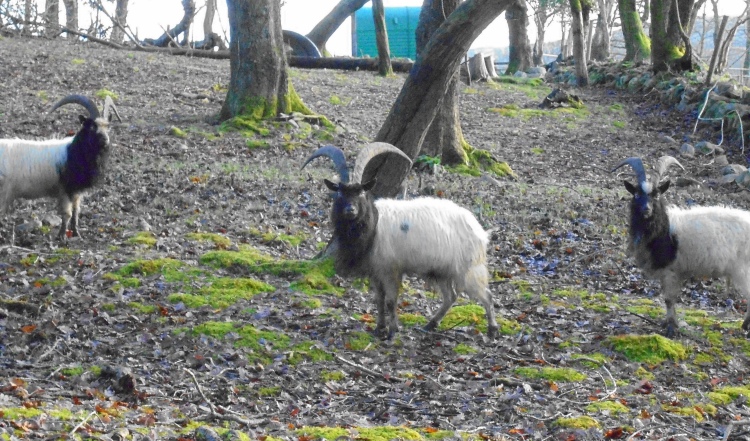 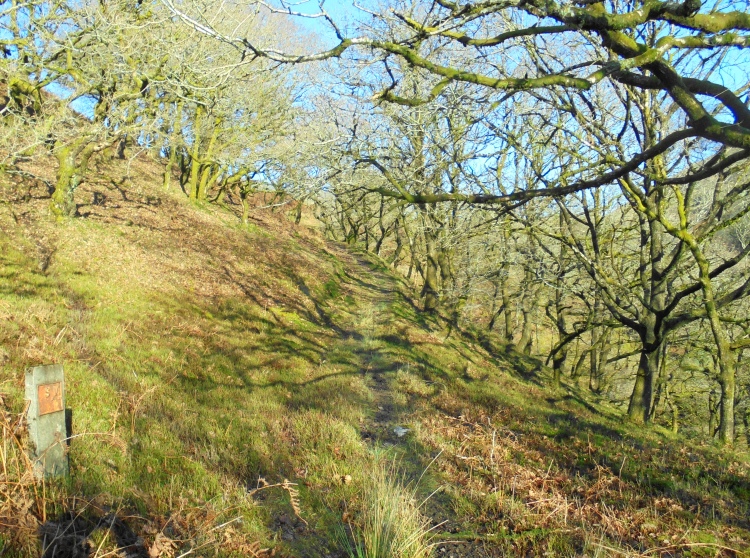 Near the top of Cwm Pedol we passed a ruin with an impressive archway door. On the way to Cwm Berach there was another ruin with a couple of interesting trees. 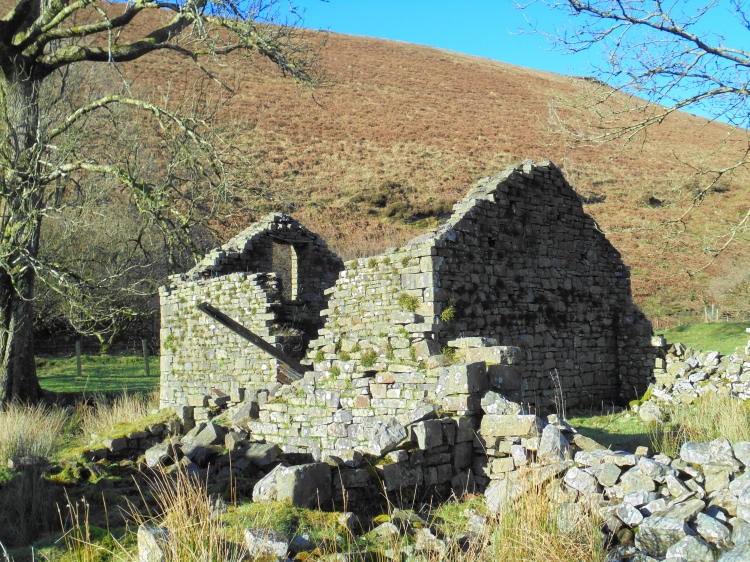 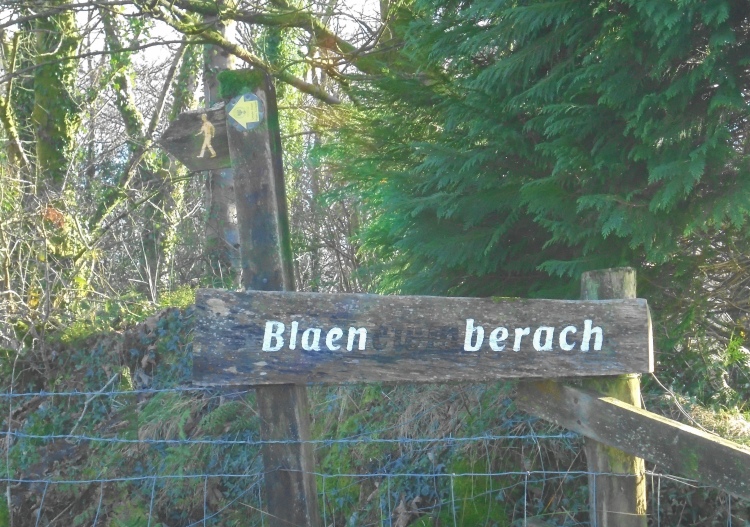 Our wrong turning made sense at the time as there was a footpath sign leading into woods with an uphill  path. Still there is always next time to visit the chapel.

From a few days of downpours, today was a contrast, cold but bright. A cycle ride was in order to blow the cobwebs away. I decided to start at Lougher Bridge and cycle to Swansea Bay utilising NCN 4 which is mainly traffic free. 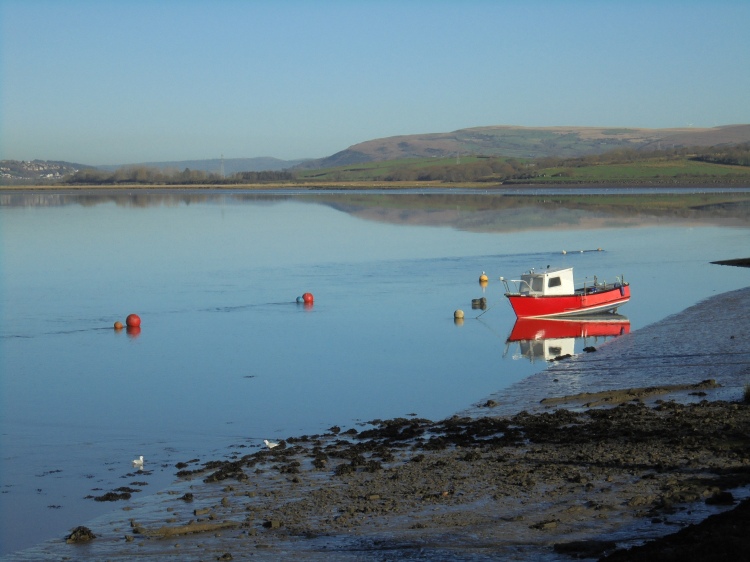 Tide in on the Lougher estuary

The route leads from Lougher to Gowerton and then down the Clyne Valley and then onto Swansea Bay.

I turned right and headed out to Limeslade Bay for a coffee cycling through Mumbles and passing Verdis cafe and onto Fortes cafe. 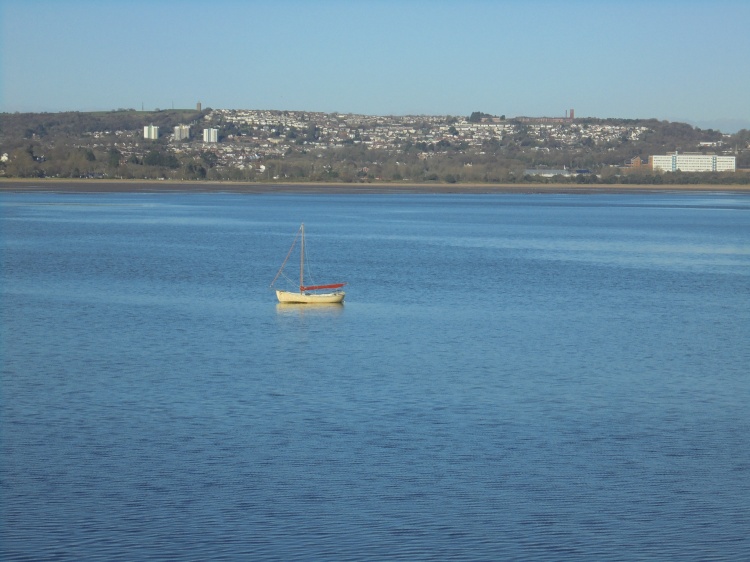 The way back was just a reversal of the route.

There was room for a quick grumble in that the Swansea Bay trail is a shared path but with clearly distinguished  separation for walkers and cyclists. It’s a pity those walking  ignore this separation!!.

During my recent week in the Lake District I was having a problem with my right leg with pains around the knee. Some years ago I had an operation on that knee to clear out debris and it was (probably still is) a success. The pain indicates muscular/ligaments and I am now waiting for a doctors appointment.

Not being the most patient of people I went for a 20 mile cycle ride last Monday and all was well as cycling is not too much of a load bearing excecise. Then today I thought a short walk with Paul to view the Lliw Valley reservoirs would be useful to judge the knee situation. Just a niggle.

This area was new to Paul. The car park was busy with half term in full swing with good weather making an appearance. The autumn colours were on full show.

From the lower reservoir we walked uphill to the upper reservoir and onto the rough track for a short while. Thereis a route around the reservoir but that’s for another day. 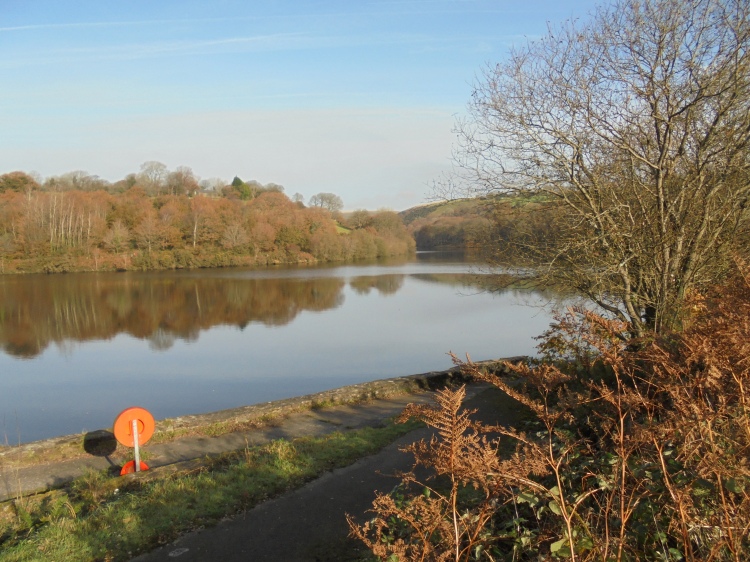 We returned  the the lower reservoir and took the steps leading down to the river where children were stone hopping across and of course it was bound to happen one took a tumble!

The path we were now on was a  track until it reached the dam which we crossed back to the car.