It was my brother in law`s 60th birthday on 21/12/13 and a small gathering was planned for the evening. As a bonus Andy and I decided on a bike ride from Chester out to the Wirral and back mostly on traffic free routes.

The forecast was not great with the possibility of high winds and rain by the end of the day. Overall the weather was OK with the occasional head wind but no rain.

At the Burton Marshes there had clearly been a recent storm, but a lot if work had been carried out to clear the path.

There were lots of bird watchers looking out onto the marsh and we found out later that some buff coloured pippit had been blown in on the wind.

We carried on to Parkgate which had at one time been a holiday resort, but the foreshore was now marshland.

On our way back we detoured to visit the RSPB centre at Burton and then found a well situated cafe on the bike route. Here we had a huge piece of warm chocolate cake and cream washed down with a mug of coffee.

There were numerous cyclists on the route, individuals and groups.

The only hill was the incline over a bridge such a difference from where I live in West Wales.

The lack of photos is down to my camera being left behind.

With the Sustrans workday cancelled and Tuesday probably the only fine day of the week, Paul and I decided a bike ride would be a good idea. We had unfinished business in the Rhandirmwyn area when the last time we cycled this area I punctured and the circle was not completed and so we were here again.

We parked just off the A40 adjacent to the Afon Tywi before crossing the bridge into Llandovery. Within a short distance Paul realised that his brakes were NOT connected, thankfully not when it was important to stop. The route took us over the Afon Tywi at Dolauhirion and then steadily uphill to Rhandirmwyn.

There is a tea room in the village but although the door was open the cafe was not serving – blast!  However we were carrying our own vittles and a coffee break was had down by the river near the campsite entrance.

We now crossed the river and began our ride back downstream but stopped for lunch at the Forestry site at Cwm Y Rhaeadr. This looks a good place to explore. 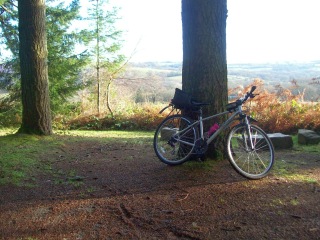 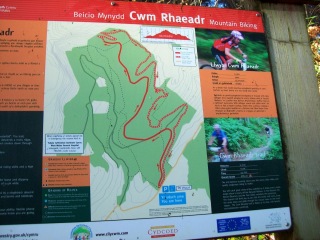 The ride continued through Cilycwm and alongside the Afon Tywi.

An easy decision was made to continue into Llandovery and to the well known biker and cycle eatery, The West End Cafe. I can recommend the bara brith.

It was a short ride back to the car.

What was planned for this Moday’s walk? was it The Yukon, Dawson City, Yellowknife?  No, none of these, but there used to be gold in the hills near Dolaucothi, the venue chosen by the Navigator. 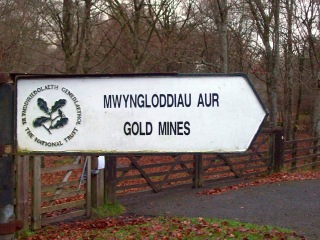 We walked through the estate before joining the minor road which led down to Caio, which seemed to be shut! 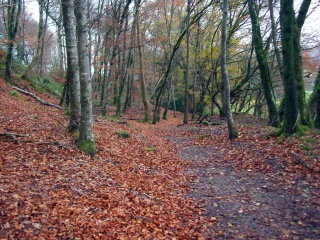 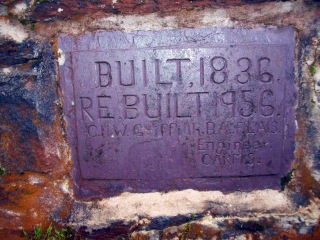 However on a nicely placed seat we had a coffee break but not before Mrs Navigator thought she saw a sheep stuck in the brambles but as she approached the sheep wandered off, as they do.

She would have done better to free the turkeys who were clearly being readied for later in the month.

We now headed off north easterly up into the woods and along Banc Bronffin and out onto the open countryside at Ffos y Nod. The views were disappointing at first owing to low cloud but they did start to open out as the sun battled its way through. 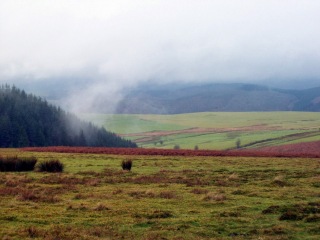 Our route led us to Rhyd ddu and along the ridge at Cefn Y Bryn and on downhill to Banc Llwynceiliog and onto the minor road beyond Glan Meddyg. 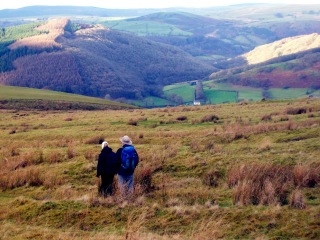 This minor road led back to the car at Dolaucothi

Monday’s walk on 2nd December was to be based on Moylegrove and the local coast path.

The small village has a free car park, toilets and a board showing local walking routes.

We set off south west straight uphill on a minor road looking for the footpath down to the coast. The above route map does show a track to the farm but this is not on our older maps and we were a little taken aback to see a most unwelcome sign. 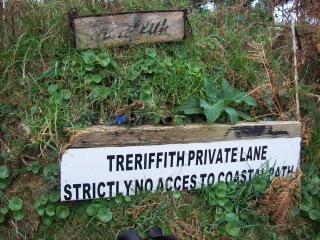 However our path was a little further on and led to the Witches Cauldron a huge collapsed cave. The tide was out which had trapped a large fish seen swimming around in the water below. When the tide is right it is possible to canoe into the cave. 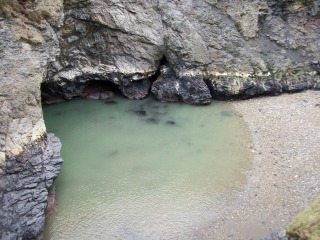 After a coffee break we walked down to the cauldron and walked north. The sea was very calm and unusually there were a number of boats in the area including what looked like a navy warship.

Lunch was taken near Ciebwr Bay. 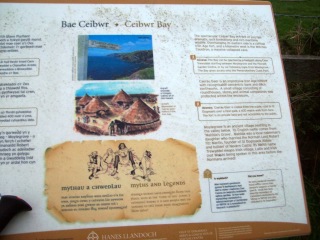 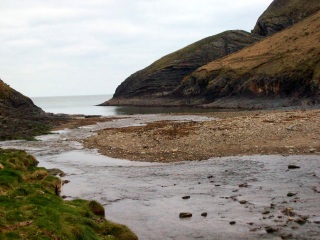 A decision was made to continue north along the coast and then turn inland following footpaths and bridleways back to Moylegrove. 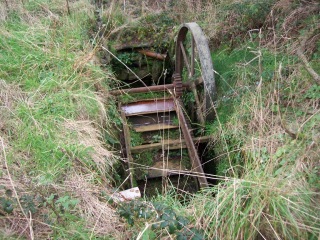 Although we were now in December a blackberry bush clearly had its timing wrong as there was blossom and one green blackberry! 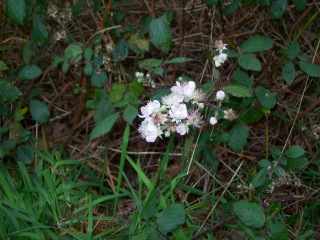