With Mr and Mrs Navigator eking out their devalued euros it was left to to me to decide on a walk.

I found a walk described in a recent publication which seemed to fit the bill and would take in part of the south western coast of the Gower as well as some inland walking.

The forecast after some sunny days was for grey skies but dry. However there were grey skies but also  rain throughout the day! No doubt Chris, Paul and Daisy  would have been happier sitting around a nice warm fire with their feet up.

There are few photographs as the views were mainly non existent.

We parked at Pilton Green and tokk a windy route to the coast path – there were a number of white way marking signs which we assume were there to avoid walkers tramping over crops. Unfortunately some were missing! We did manage to arrive on the coast but the mist and clag was low down and there was not much to see. Chris did point out a number of sea cliffs he had climbed in his youth. 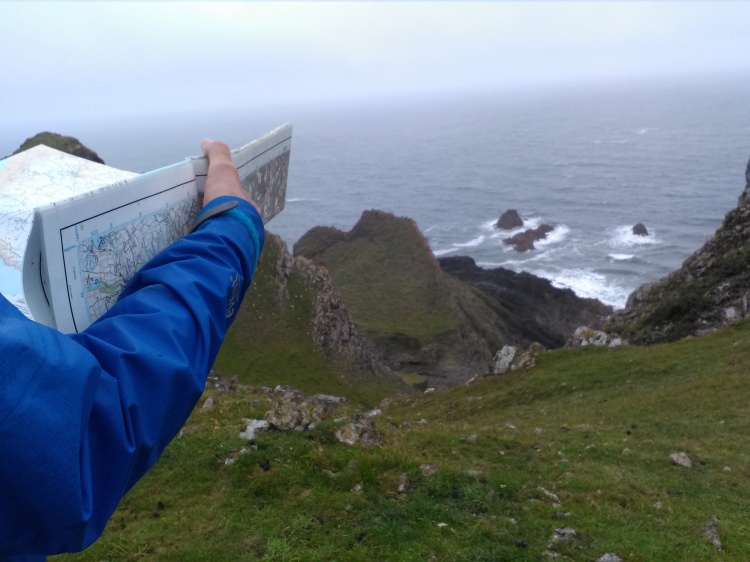 The guide suggested keeping the coast and on to the Lookout Station which would have had views to Worms Head but by then with the continuous rain we were only interested in shelter to have our lunch. A decision was made to cut out the corner and head directly for Rhossili village where a convenient bus shelter was our chosen restaurant.

Following lunch we walked on to Middleton and then across country. We came across some limestone where a number of small cave entrances were seen – a past hobby of Paul. 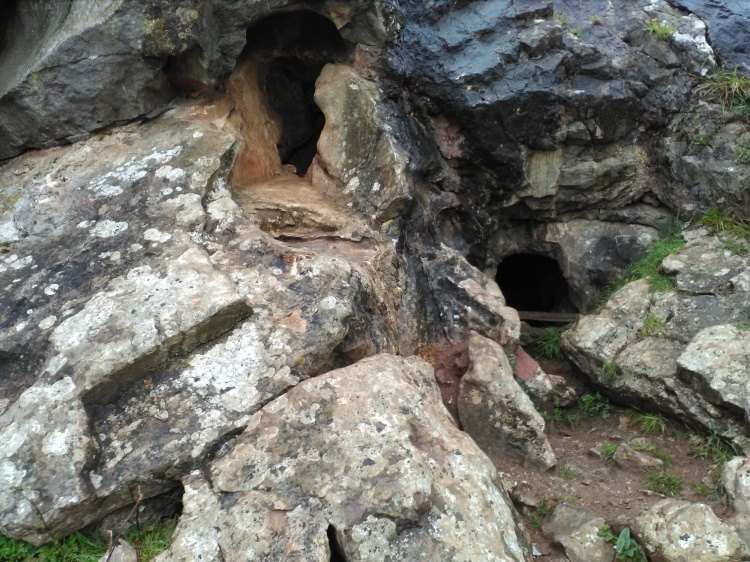 On our way we walked past a rustic furniture makker who had some wares on view. One of these was a comfortable looking seat which we were encouraged to try. Apparently the design was by a King of Malawi who had these made so that he could have carnal knowledge of his ladies in a position that was comfortable for him! INn the absence of any ladies we had to take the owners word for this. 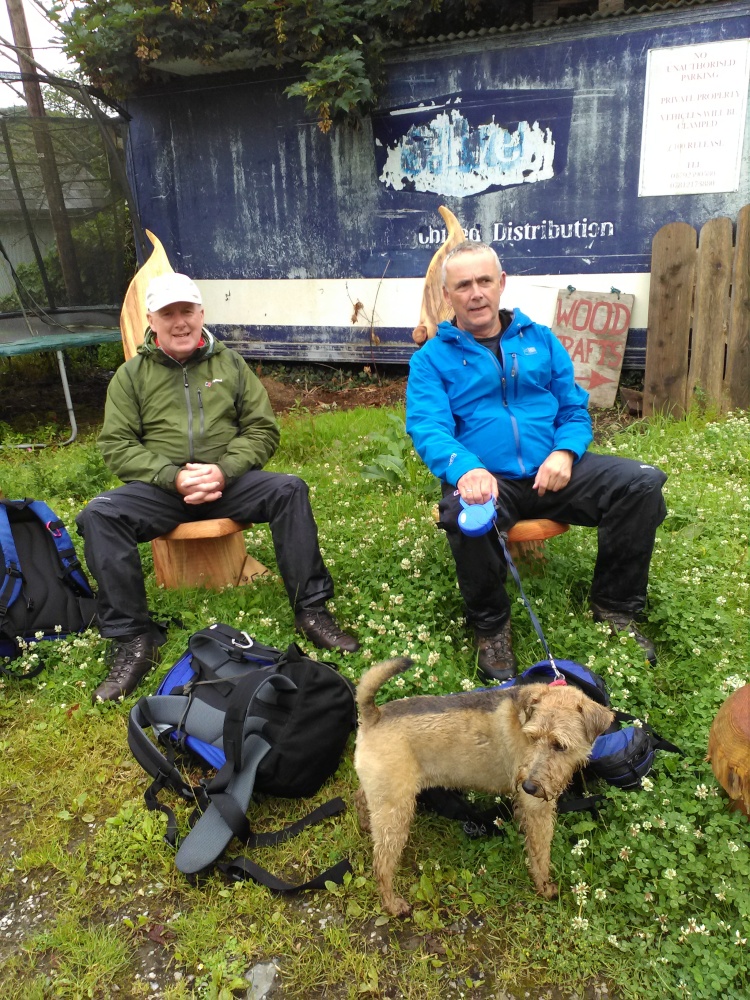 Back at the car it was still raining but as someone once said “a bad day in the hills is better than a good day in the office”.