Living down West I have had many journeys up and down the M4 and have often thought about the hills which overlook Port Talbot: clearly, I must have mentioned this to the “Navigator”,  as this week’s walk was to have an “adventure’ in this very area.  Now, the word “adventure” usually means a machete would be a useful tool and just because paths are shown on the OS maps does not mean they are in fact visible.
Here is the Route (click) as far as I can recall as there was a certain amount faffing about.
We parked up just outside Jersey Park. We had a pleasant walk through the park down to the main road to make use of our bus passes for a ride to Port Talbot bus station. 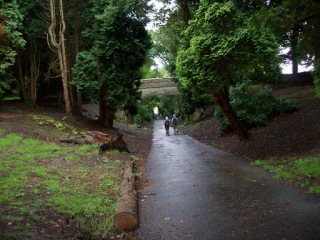 As one would expect the “Navigator” had a few problems getting from the station to the start of the walk proper:  to be fair my limited skills fall down badly in built up areas.
We were just about to take to a riverside path when we met a chap walking two springers.  This was fatal as Mr and Mrs Navigator also own one and notes were compared.  Luckily the chap told us that the riverside path we were about to take had some construction work taking place and suggested an alternative which he kindly guided us to.
It was now past elevenses time and we found a view point overlooking a weir on the river, where I picked up a little friend. 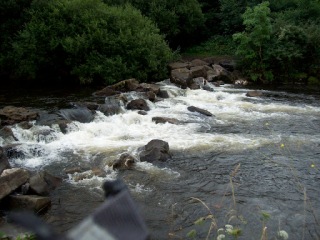 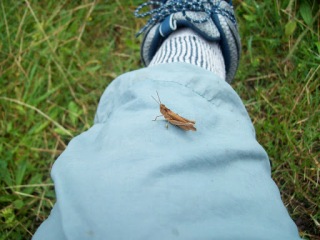 Although not shown on our OS maps there is now a cycle path which takes you all the way to Afon Argoed Country Park which is  something I have filed away for future reference.
For the next hour there was a fair amount of faffing when published paths failed to make an appearance just south of Cwmafon.  Were we down hearted?  YES! 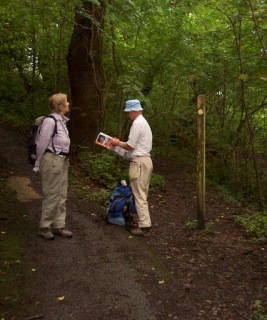 On regrouping we took the path towards Nant y Glais.  At a farm gate there was note warning locals that anyone found shooting etc without permission would be sued and that they were not entering a country park!  There were way mark signs so we continued . At the farm we met with the owners who explained they had had major problems with some individuals culminating in one of their horses being shot. 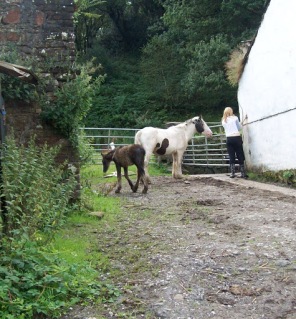 Just after the farm we stopped for lunch.
Our next objective was the lower slopes of Twyn Dinas  where we had  excellent views overlooking the coast. It was surprising that up here there were signs for the Wales Coastal Path.  The heather along the path was blooming. 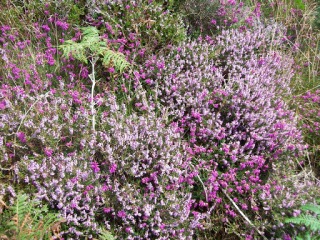 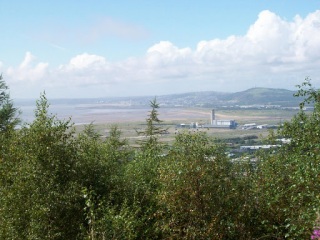 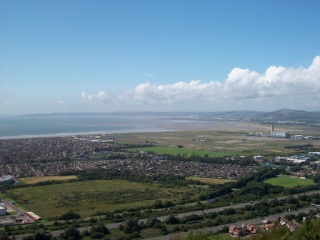 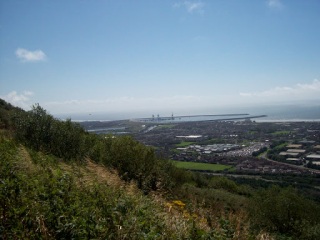 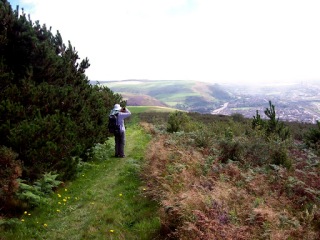 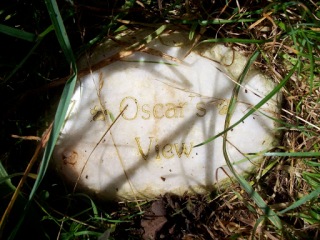 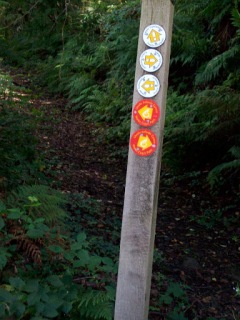 We then headed down to Blaen Baglan and turned north east on the minor road and then into the woods at a farm shown as Bwlch. 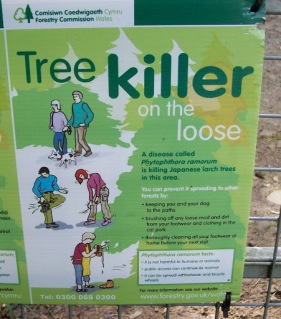 The forestry tracks led us back to the car.  Another triumph (of sorts) for the Navigator.