Some weeks ago Paul and I were walking in our local area near Carmarthen and looked across the Tywi Valley to Merlin’s Hill. This was one I had not visited but the “Navigator” was about to change this.

We parked near Carmarthen Museum and began our walk heading through Abergwili village. The footpath sign showed our proposed route but because a of large flood prevention scheme the path was clearly not available. There were no diversion signs and so we crossed a number of fields in the general direction the “Navigator” had planned.

Since the last ascent by the “Navigator” a local landowner had opened a Merlins Hill Centre and the public footpath sign was somewhat overgrown as compared to the paid for visit path sign. A little further along the public path was the remains of a stile now blocked by a wire fence and a lot of baler twine.

Compare and contrast to the stile in previous picture.

We were not put off and adjusted this obstruction to carry on to the summit of Merlins Hill. there were some good views of the surrounding countryside. 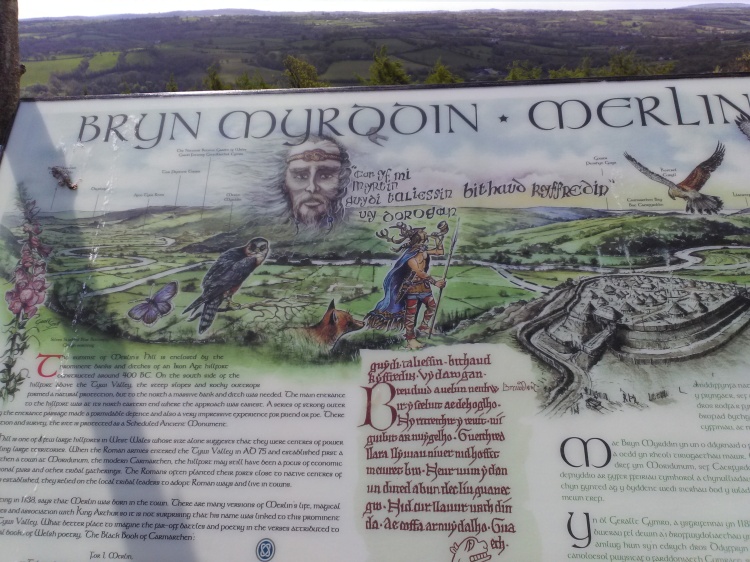 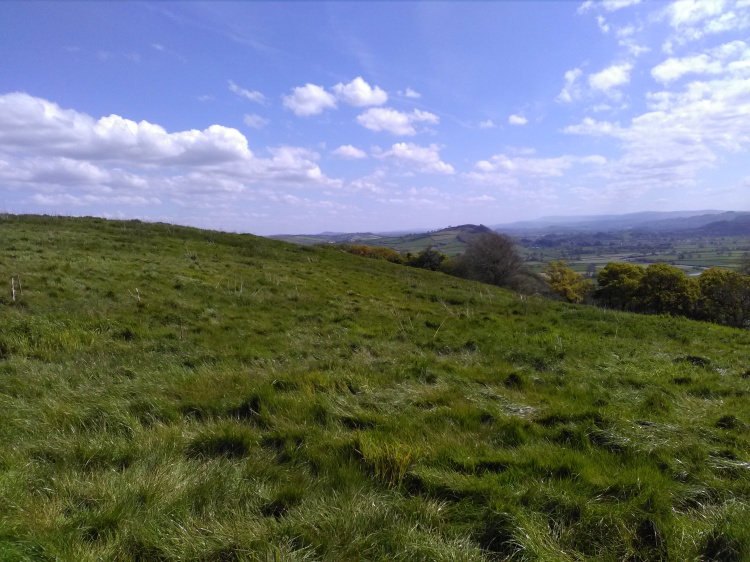 We retraced our steps down the hill and carried on towards our turning point at Llanfihangel Uwch Gwili and followed quiet lanes back to the cars. 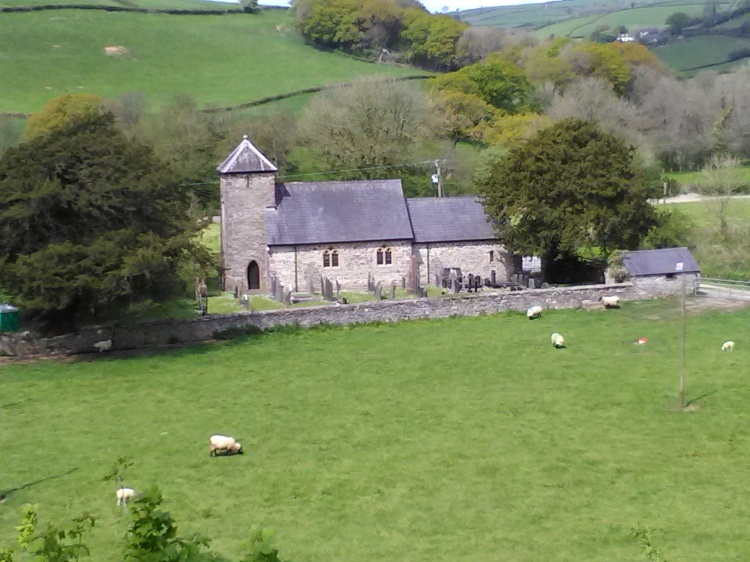 An email has since been sent to Carmarthen Council concerning the path blocked by the flood defence and the uninviting obstructions on Merlin’s Hill.