As my wife was attending our niece’s wedding in Majorca, Andy thought he would visit and keep me company with a possible chance of some outdoor activity.

Whilst he was travelling down from Chester I took out two dogs from Many Tears Animal rescue for a walk on Llansteffan Beach. 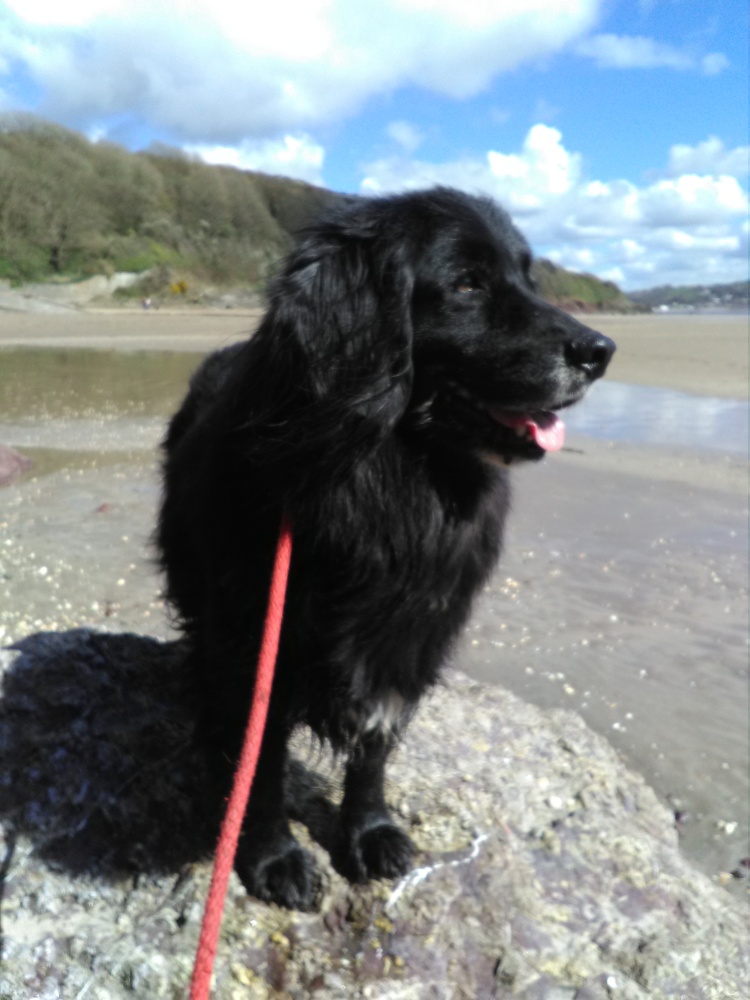 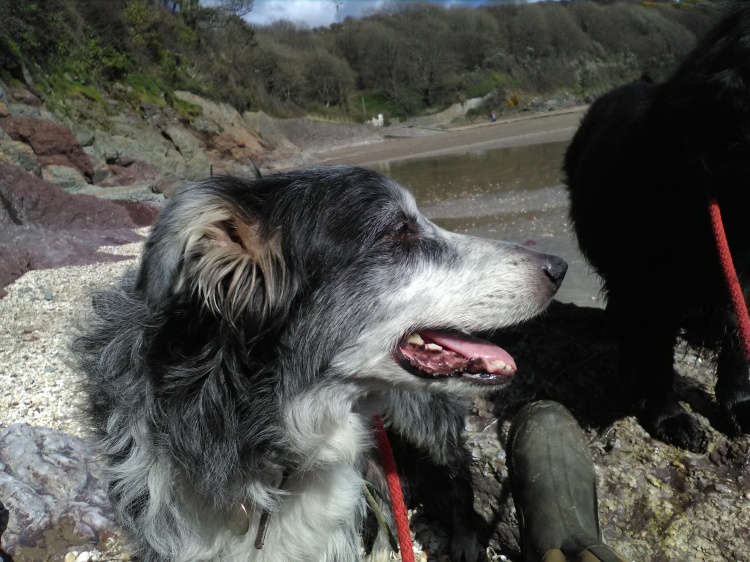 The plan for the rest of the week was alternate days cycling and walking.

I chose a ride, “Cliffs and Castles”, from Jack Thurstons book “Lost Lanes of Wales”. We started and finished in Pembroke.

The routes in the above book are graded, easy, moderate and challenging. This ride was described as moderate and this will be my benchmark as there were two small stretches of bike pushing and clearly at my age challenging will go unridden!

Part of the ride was along the coast at Castlemartin where the coast is frequently closed for tank amd live firing practice. Use this link. 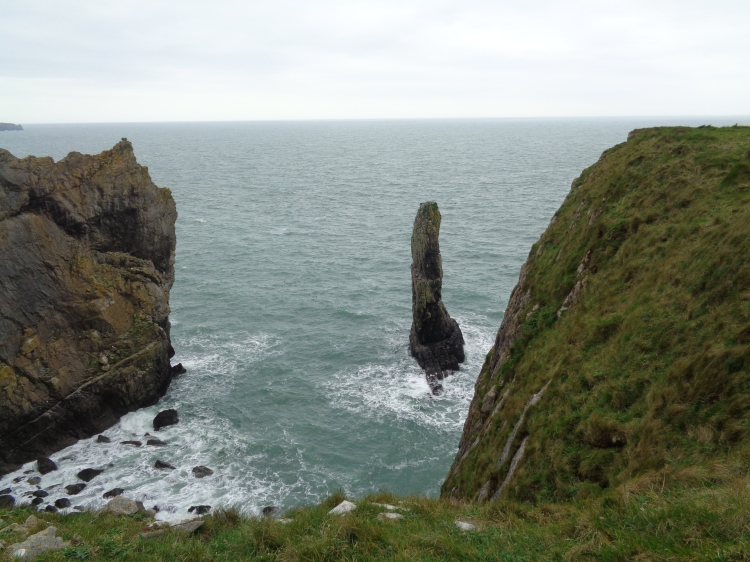 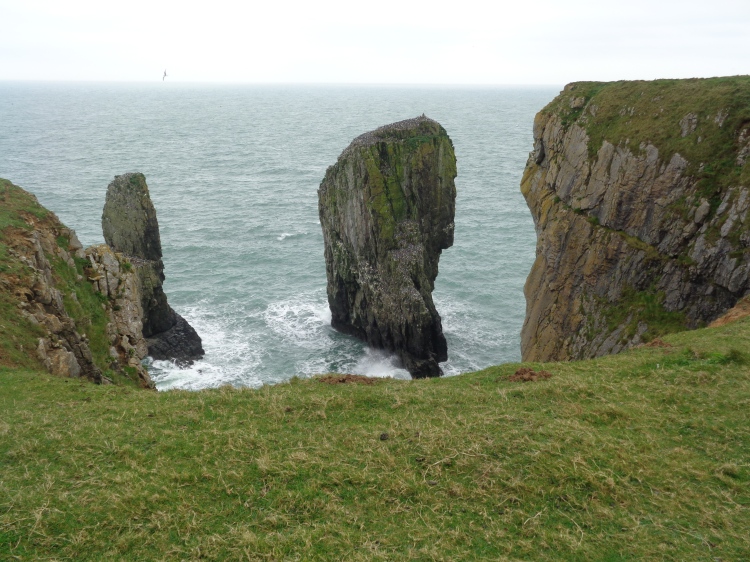 A boots on day and we headed for Carmarthen Fans. Thankfully we had been there before as we saw very little!

The lanes leading down to Llyn Y Fan Fach is full of potholes and  and attempt at sleeping policemen. However since my last visit there is a new parking area.

We realised that there would be little or no views as  we left the car park but the weather forecast did indicate the mist would lift. Unfortunately this happened as we returned to the car! 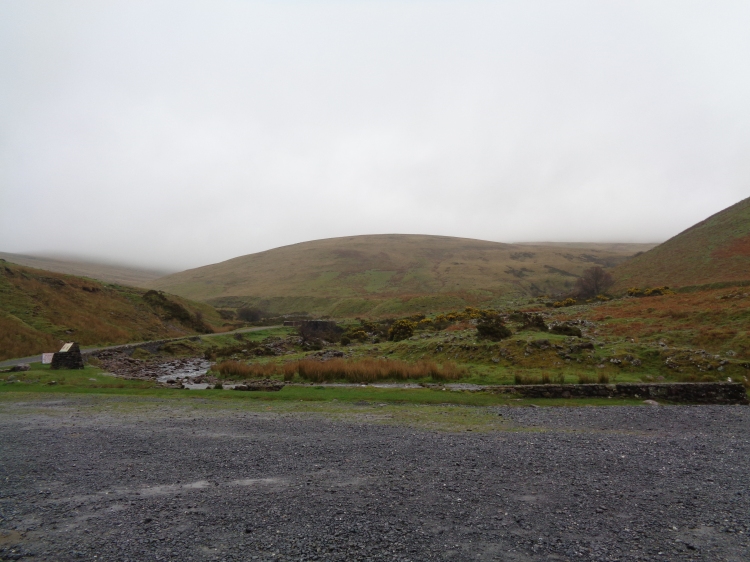 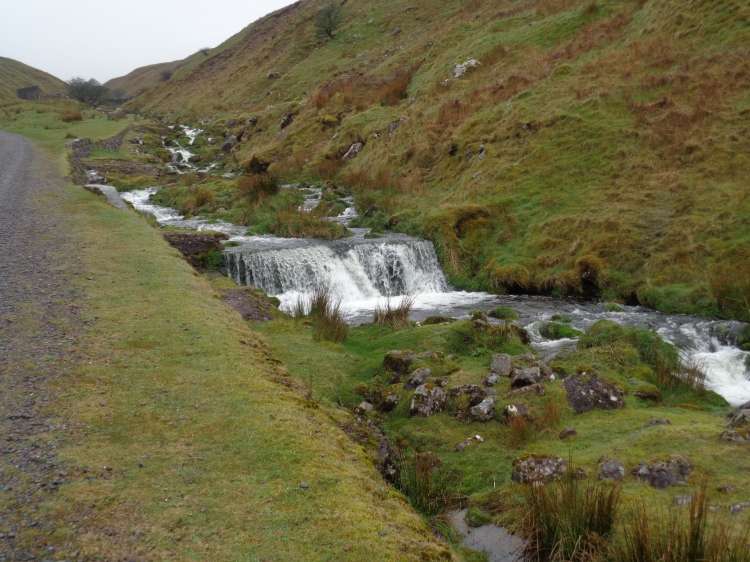 The walk to the lake was in clear weather but it soon clamped in and our coffee break we assumed was next to the lake. Ever optimistic we struck up for the top and had a scenic lacking lunch at the cairn. In view of the weather we did not go on to the next top but descended by the path in the bwlch which led under the hill. 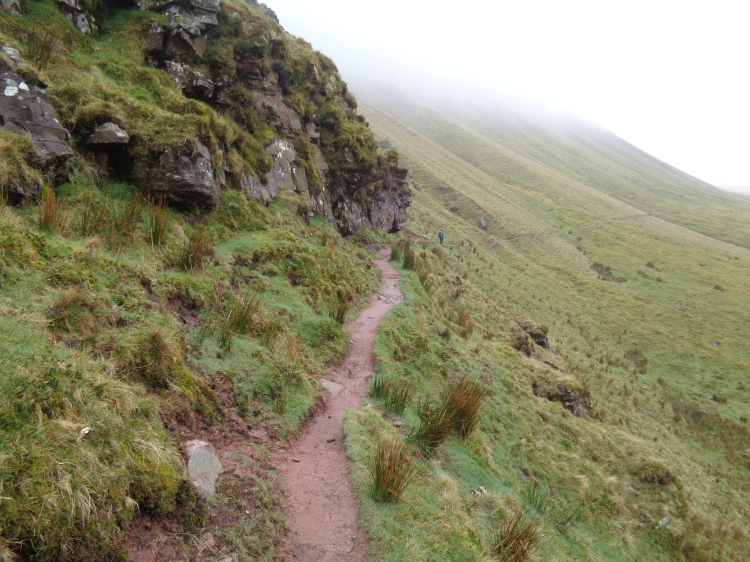 The mist was now clearing at the lower levels as we headed for the leat and across the top of the small waterfall to rejoin our outgoing path. 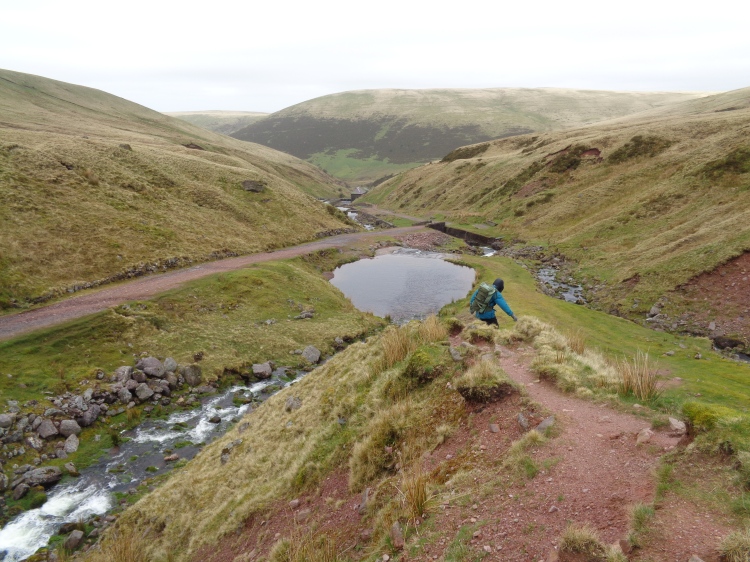 Back on the bikes. Today we parked by the Lougher Bridge the dividing line between those who support the Scarlets or the Ospreys! 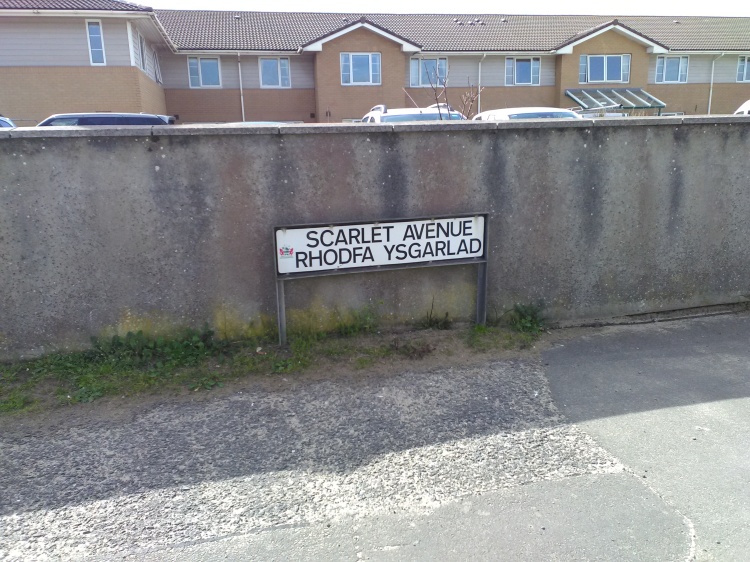 In the heart of Osprey land!

Our destination was the beach front at Aberavon. The route is mainly traffic free and like the Cheshire area where Andy lives it is flat.

The first part of the ride down to Swansea Bay I have ridden several times but the section to Aberavon was new. We were following NCN 4 most of the way and apart from the area near the marina it is well signposted. 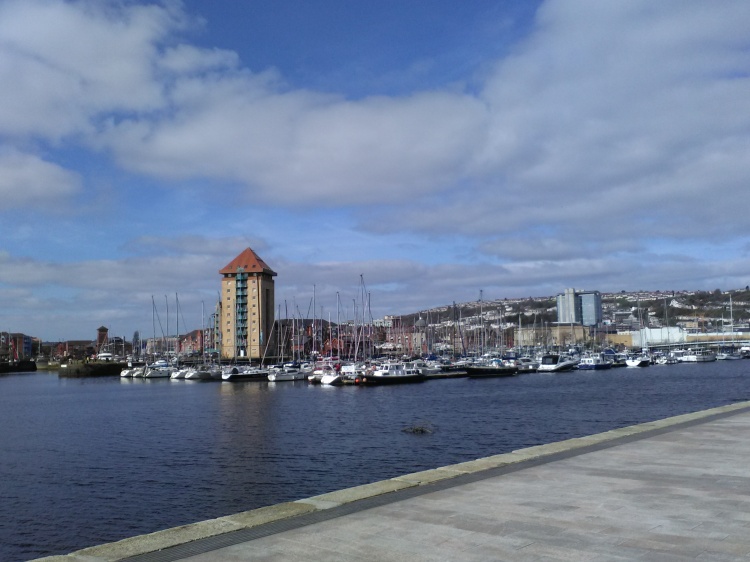 The Bay area and the promenade at Aberavon was busy with walkers, runners and cyclists on this fine but chilly day. 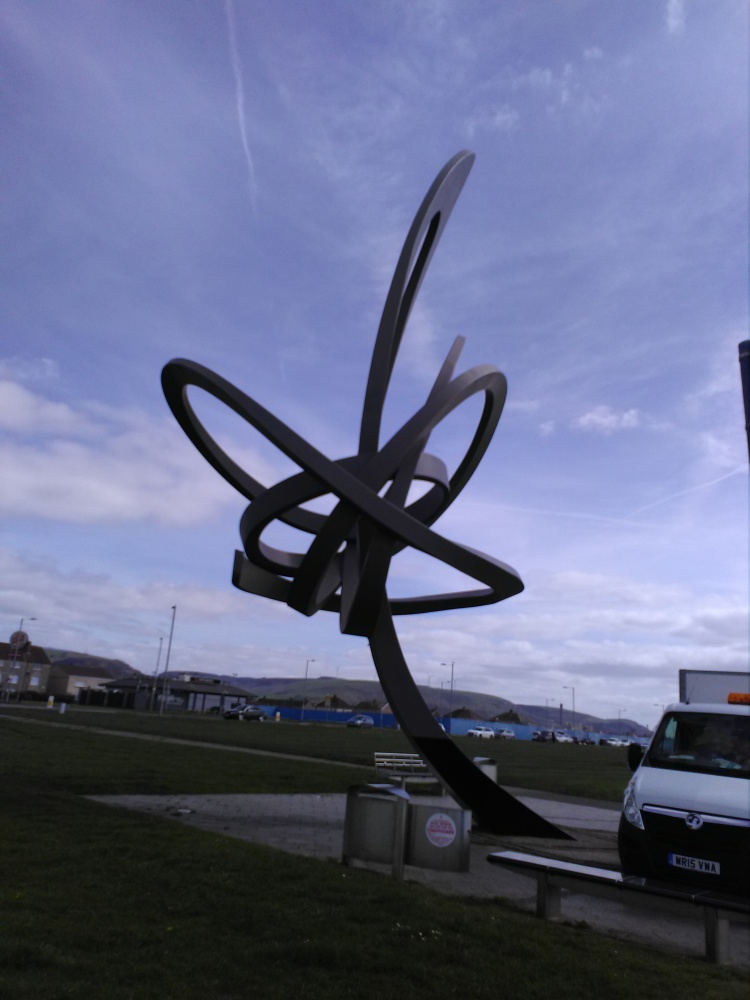 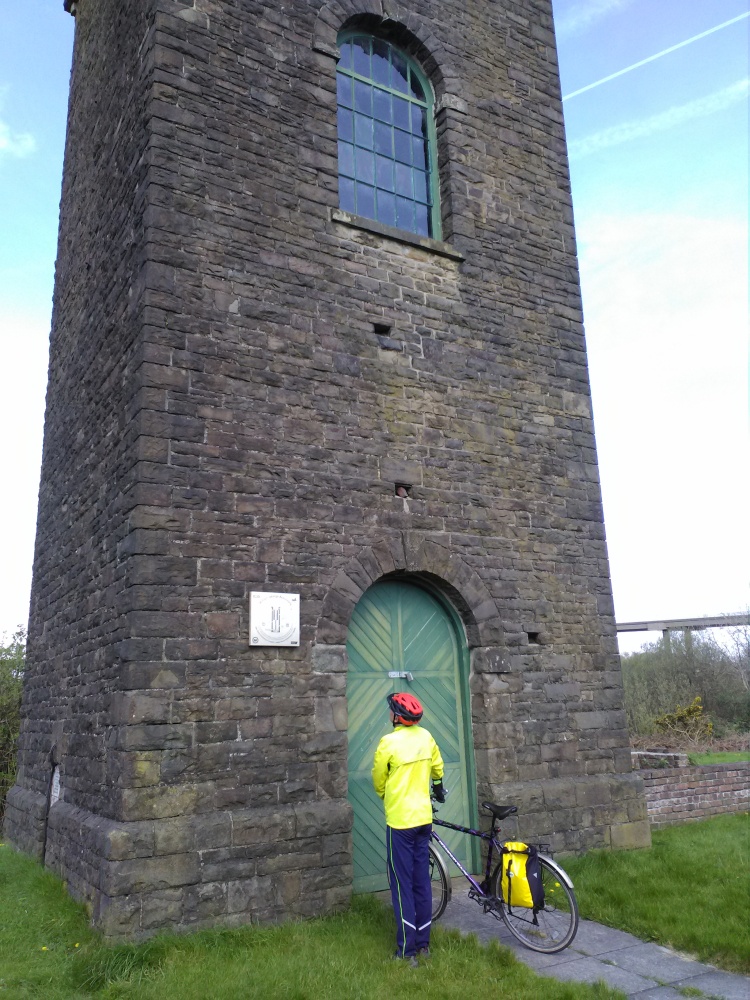 The old pumping station at the disused Swansea south and north dock.

The legs were starting to ache a little after this 40 mile cycle and we had another walking day on Thursday! Our luck was in though as a close friend had invited us to tea and the pasta meal followed by bread and butter pudding was a great restorative.

We were meeting up with Mr and Mrs “Navigator” today for a walk on Mynydd Myddfai.

The weather was clear and sunny and this walk gave fine views first of the Carmarthen Fans then central Brecon Beacons and finally to hills further east. 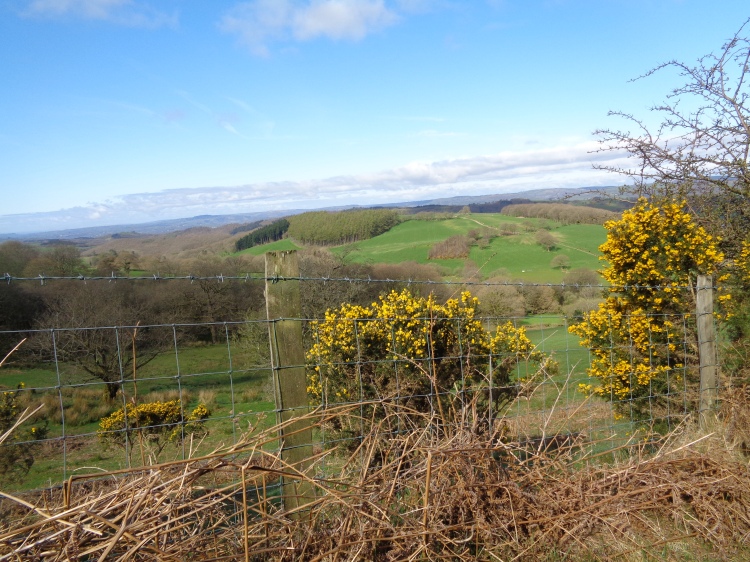 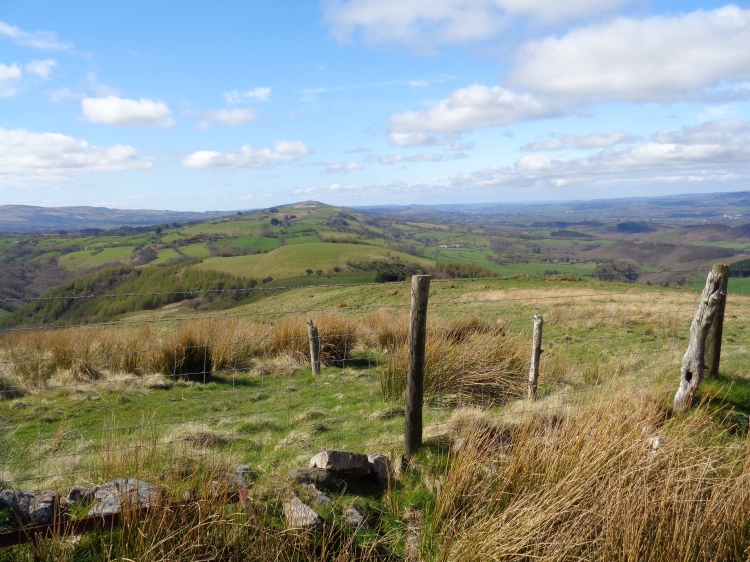 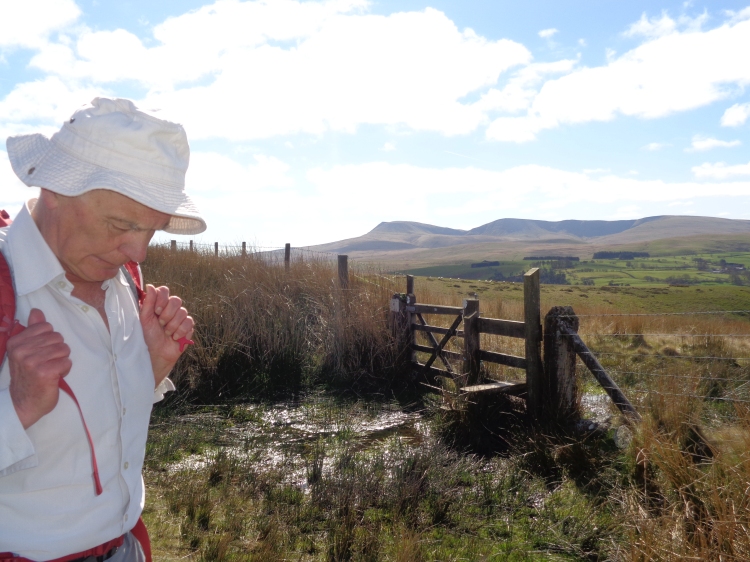 Carmarthen Fans and some old guy. 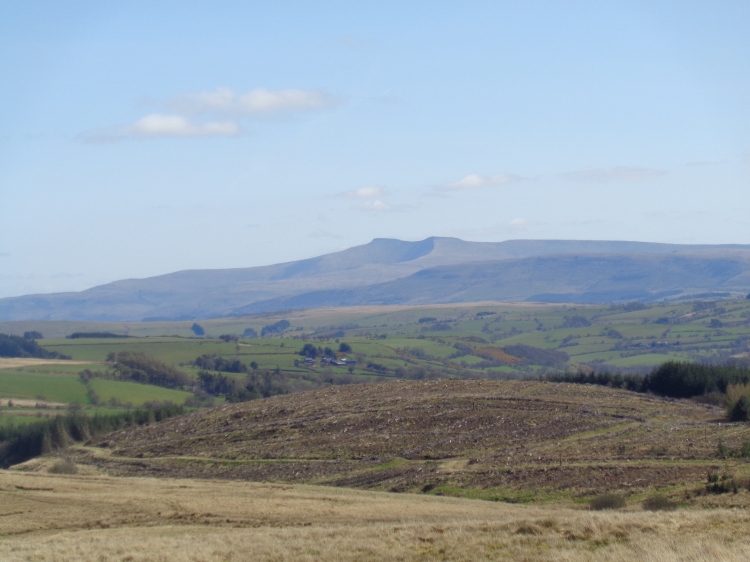 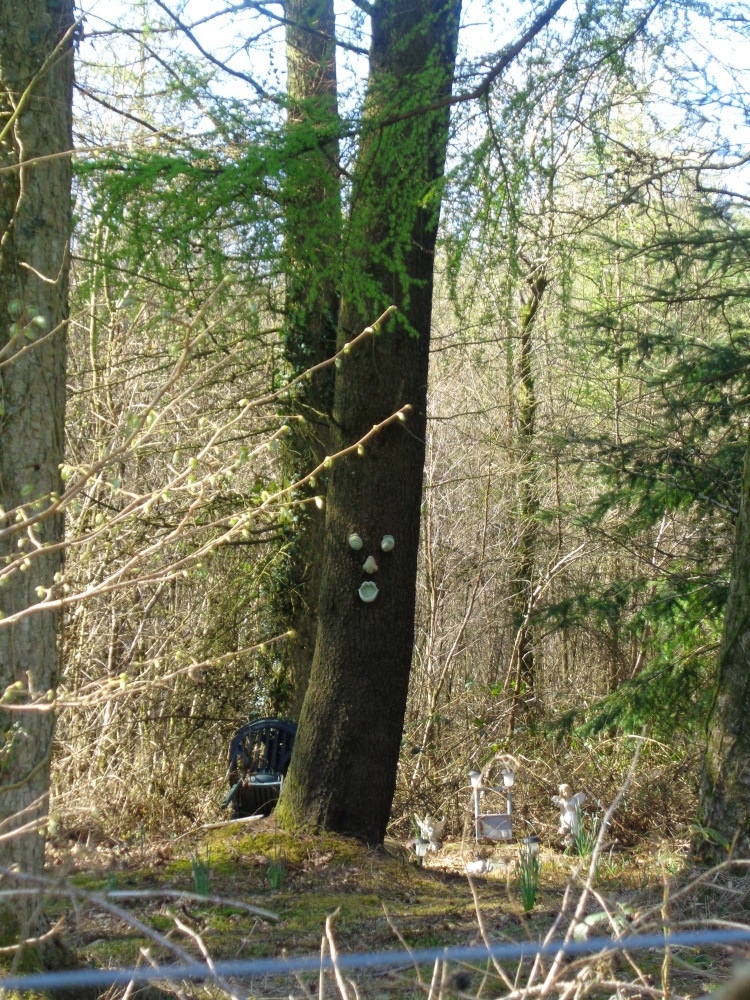 Andy and I walked part of this route earlier in the year but the “Navigator” extended to the walk to the area where the Roman camps used to be.