The 31 October and here we are walking in shirtsleeves. Today’s venue was a circular walk based on Newgale,  Pembrokeshire.

I was surprised to see a reasonable surf breaking with a couple of surfer dudes out enjoying themselves. With the tide ebbing we walked onto the beach  to Pwll March and then cut up along a rather overgrown path to Pen Y Cwm. 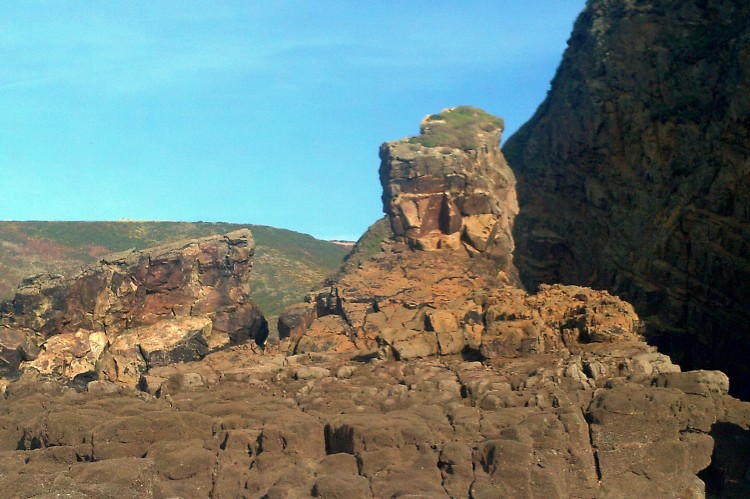 We turned up a road past some houses and continued along a path which the further we went the wetter it became until we hit a minor road.

Where did I leave that tractor?

Here we turned south until the village of Roch was reached and where we had lunch in the village play area.

Suitably rested we continued on tarmac in a south westerly direction until we came to the coast at Nolton Haven and then north following the coast path back to Newgale. 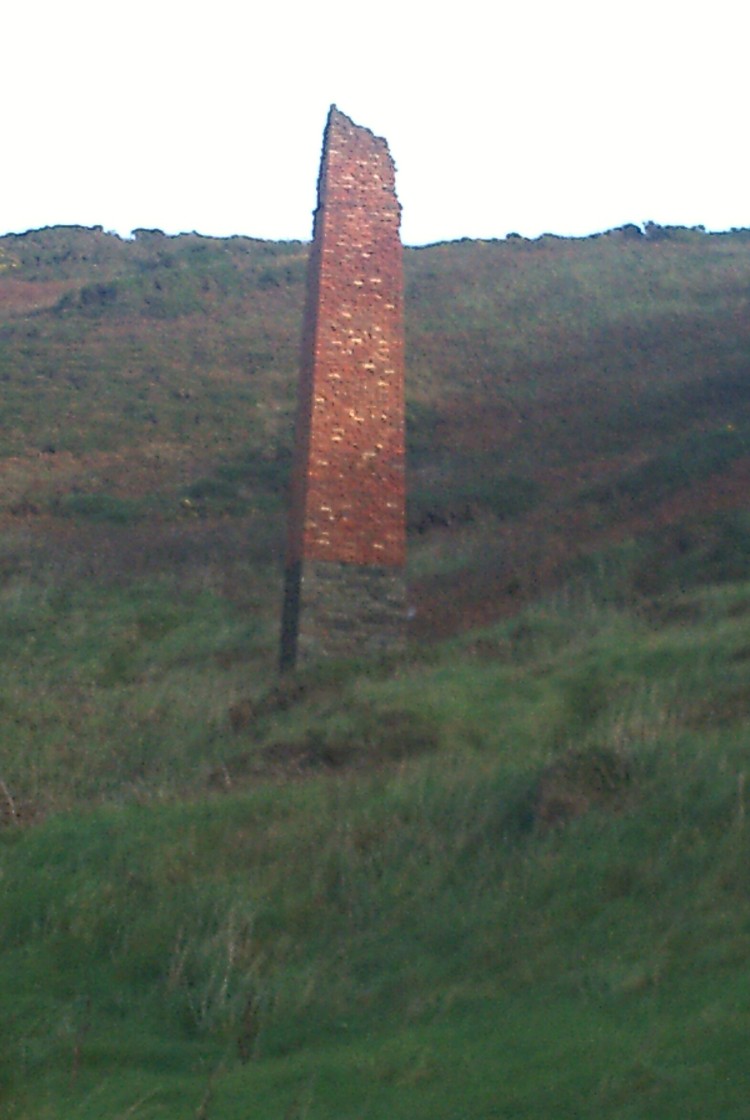 A chimney which is all that remains of a coal mine 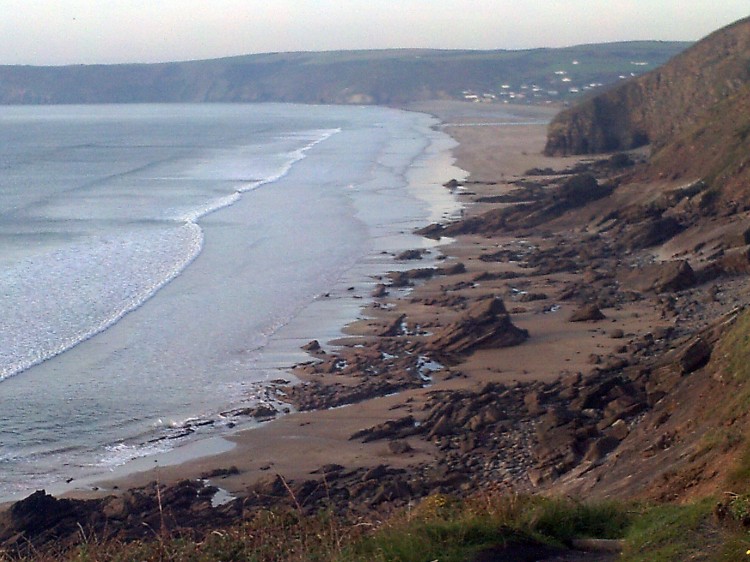 Whilst in Roch I received a very curt text from my wife who was clearly not best pleased that I had treated myself to a slice of home made Christmas cake which she was keeping for a good friend. A similar incident took place a few years ago. I can report that the cake was delicious.