Paul and I decided on a  walk taken from Cicerone’s “Walking in Carmarthenshire” and was based on Drefach Felindre in the Teifi Valley.

This area was the centre of the Welsh woollen industry during the late 1800s and late 1900s. We started from the National Wool Museum of Wales.

There are a lot of ruined buildings in the area a lot of them connected to the woollen trade with different trades carried out in them.

One of the ruins  was being renovated by a chap we came  across who clearly from his seat feeding a roaring wood fire was in no hurry to finish his project. The original house belonged to a seamstress, but now all that was visible were a number of walls. There is no electric, water or other facilities but the new owner was confident he could live off grid.

The woods were starting to show signs of bluebells and other spring plants.We walked through the small hamlets of Cwmhiraeth, Cwmpengraig and Penboyr where lunch was had in the grounds of the austere chapel. 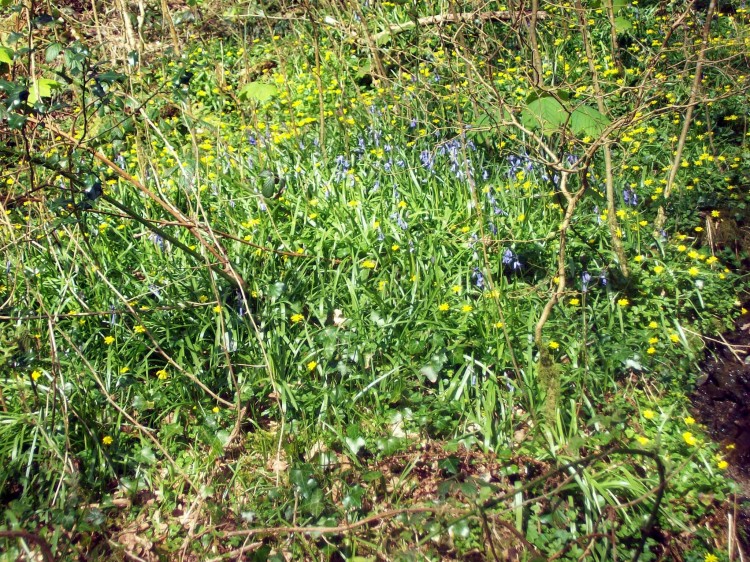 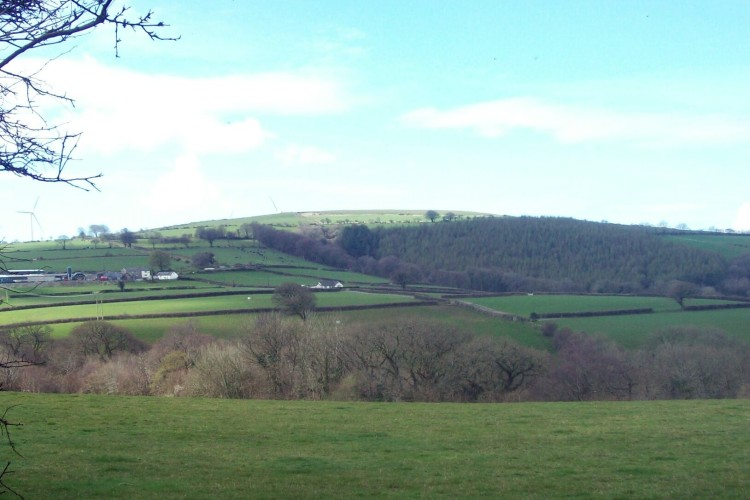 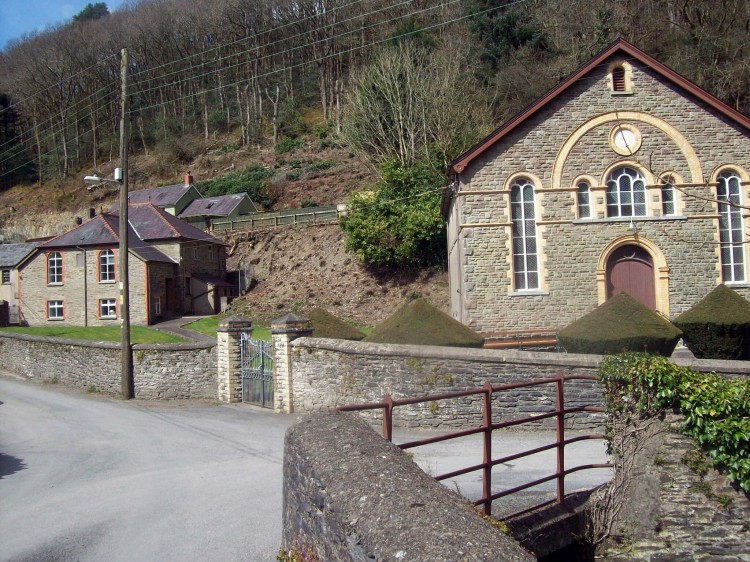 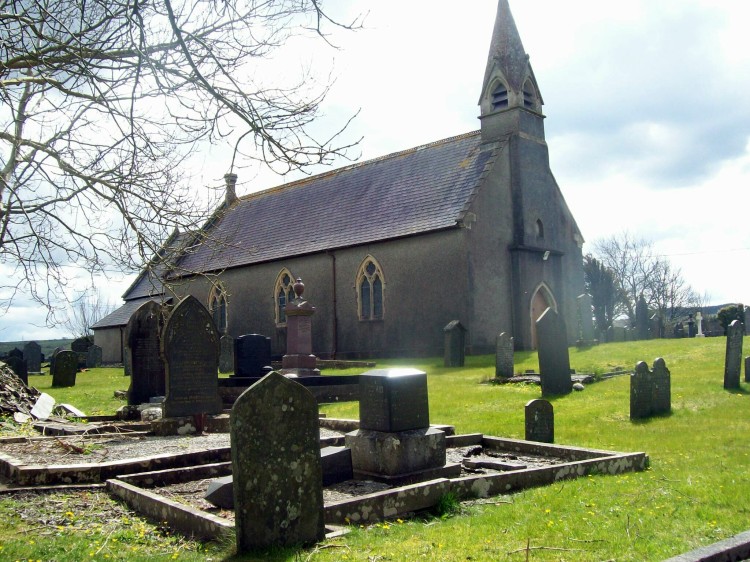 On a path running through woodland above the Bargoed valley was a path known as the Coffin Trail. Carrying the deceased along this path must have been hard work but some early entrepreneur opened a pub along the path known as Swigod Arms (Blue Tit Arms) which sadly closed 100 years ago and just a ruin exists now. 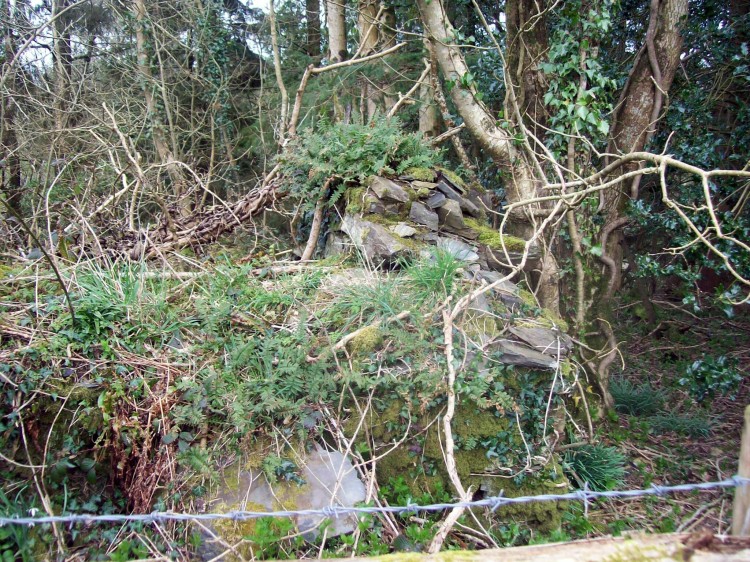 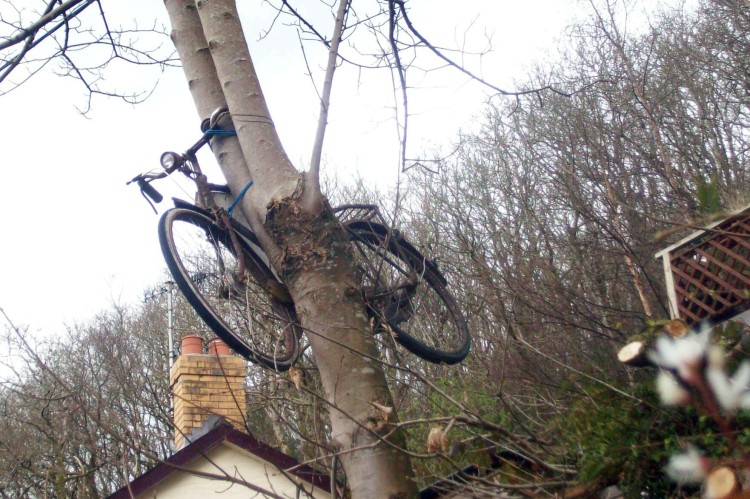 The walk finished back in the museum where a welcome coffee (but no cake) was had.