Another promising day but windy and the Navigator chose a coastal walk based on Aberdaron (the next day this seaside town had the highest wind speeds in Wales – 108m.p.h.)

Today’s mistake was forgetting our National Trust cards and we had to pay a parking fee – probably the only fee they received that day. A new National Trust centre is being built here, due for opening later this year. 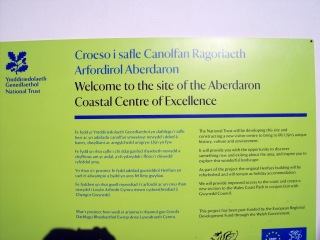 We took the minor road heading north west to Anelog to join the coastal path and up onto Mynydd Anelog and very strong winds. 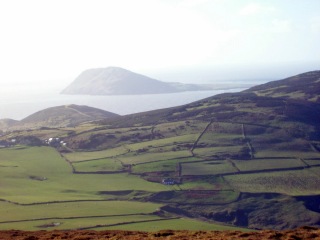 . The coast path was again regained walking through Porth Llanllawen and the disbanded coastal look out which gave good views of Bardsey Island. 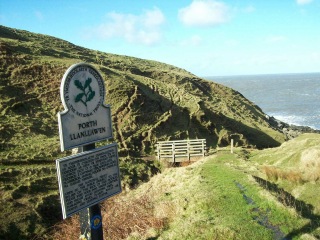 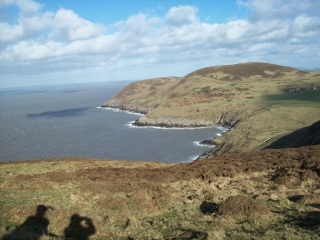 Walking from here I thought I could see smoke but which turned out to be a waterfall being blown back upstream which we had to walk next to and received an unwelcome shower.

We turned the corner of the peninsula and at last had the wind on our backs. Aberdaron now came into view  but the path seemed to lead away from there and onto Pen y Cil. It was here that we had a short battering of hail stones.

Aberdaron was again in sight as we walked past Porth y Pistyll, Porth Cloch and Porth Meudwy and back to the car. 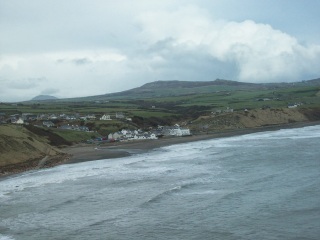