The February boys week came around again and our walking area was to be the Lleyn Peninsula with a base in Pwllheli.

This was the period of probably the highest rainfall and windy weather that had been  recorded! The journey  north was not promising but the planned  leg stretch near Maentwrog did give a short respite.  We parked the car near  the hydro station and walked into the Woodland Trust land and on their path alongside the Afon Prysor. 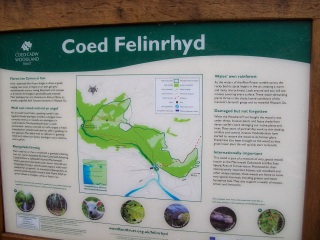 The weather returned  to rain and the plan to walk up to Llyn Trawsfynydd was cut short. We found shelter of sorts in an old ruin which would have been better if it had had a roof! Lunch was consumed here.

The walk continued around the wood’s perimeter until we reached the path heading back down and which now forms part of the Wales Coast Path and onto the car for our journey into Pwllheli.

We were hoping for some better weather for the rest of our week.