We parked the car at Brothers Water with the plan to walk up Dovedale.
Route 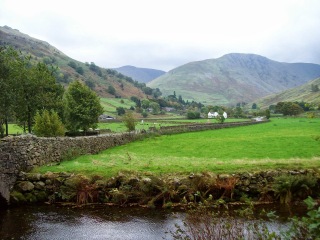 At Hartsop Hall Farm a typical Lake District view appeared with old buildings and sheep gathered in the yard. As I extracted my camera the sheep started to disappear into another yard and I was just lucky to catch about half of them – don’t work with children and animals!

Just after the farm there are two paths one being the public path and another not signed which climbs steadily onto the open access land and much higher up joins the public path.  We took the climbing path which is to be recommended. As you progress up into the valley it turns right leading into the head of the valley where all is quiet. 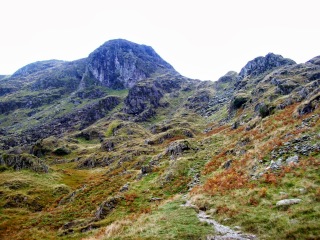 Our return followed our outward journey but then we joined the public path passing a superb waterfall where we had lunch. 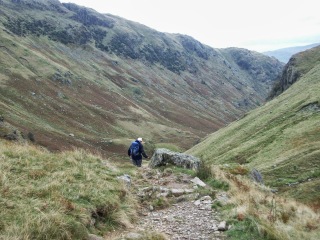 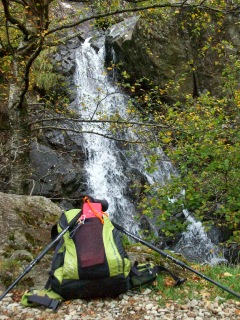 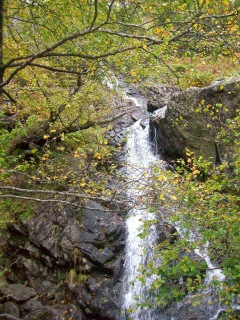 On passing the the farm again we watched a fairly botched attempt of dog and man attempting to load sheep into a trailer. The walk back to the car saw full waterproofs donned.