The usual Sunday chat with “The Navigator” told me we were off to Brynamman to walk north onto the southern hills and moorland of the Black Mountain.

We parked opposite the Black Mountain Centre but disregarded the advertised “Builders Breakfast” which consisted of 15 items for £5.95!

“The Navigator” had a leaflet which showed a walk which would form part of our overall walk and which led us down to the Afon Aman. We were well wrapped up for a winters day but along came a lady  dressed for a summers day walking three dogs.  She explained she was hot! This could have been a slapped face encounter but everyone maintained their dignity. We continued along the Aman for a while and then turned north to follow the Nant Garw river and valley. 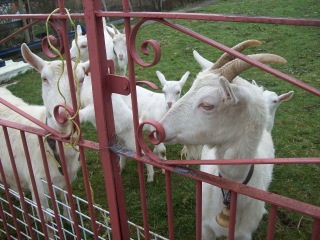 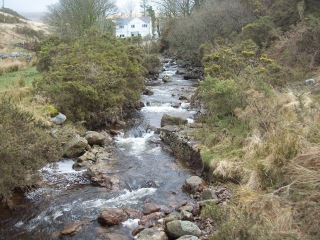 Our mid morning break coincided with finding a convenient bench in memory of a young lad called Zac. 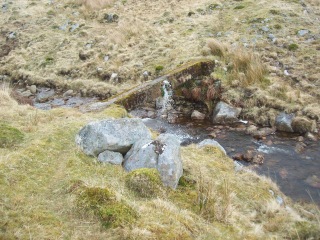 The closeness of the road was occasionally utilized as somewhere to throw down assorted rubbish such as an office chair and a few car wheels but overall  a pleasant walk if not a bit damp in places.

We continued to follow Nant Garw and then headed up to the road near the non existent buildings shown on the map (near the “w” in Nant Garw). We crossed the road and onto the moor and around Garreg Fraith and the headed south on the path leading back to Brynamman. The path was quite boggy in places and in one place “Mrs Navigator” came close to losing a boot.  Take care if walking here after a typical Welsh winter. 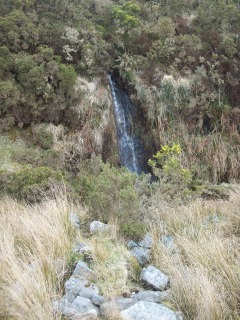 Back at Brynamman we called back in the Black Mountain Centre and by luck met Alan Richards the author of “Great Walks in Carmarthenshire” and we had an interesting chat.  I have recommended his books a few times in previous blogs.