Just before Christmas I joined Sustrans as a volunteer as I had been impressed with the work they have done with various bike trails, which I have taken advantage of.

One of my duties is to ride part of NCN47 from Porthyrhyd to Carmarthen and so I decided that today I would do just that and make it into a circular ride.

The route from Porthyrhyd has some traffic free sections one of which is adjacent to the National Botanic Garden of Wales.  Once leaving this the rest of the route is on roads, albeit lane work from the Gardens to the village of Llanarthne. 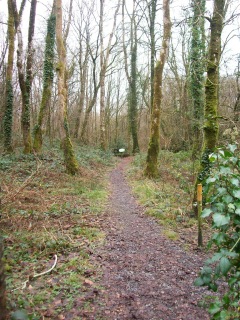 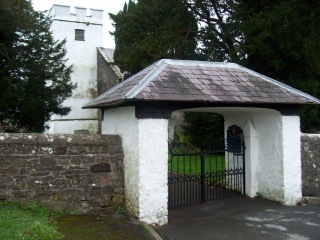 I stopped in the village to read the information poster and learned about a footbridge which used to cross the Afom Tywi and used by workers of quite some time ago.  I have come across that bridge previously when surveying footpaths and never did understand why it seems to lie in the middle of a field, but now I know its history.The route then joins the B4300 all the way close to Carmarthen. 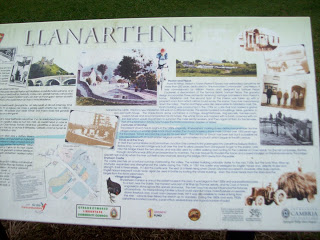 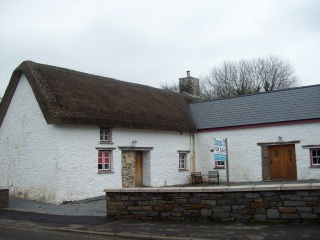 There was nothing that I could see needed attention and I just enjoyed the ride.  Just before Carmarthen I turned to head up the old main road passing the police HQ and then turned left into the lane which follows the ridgeway all the way back home to Llanddarog. 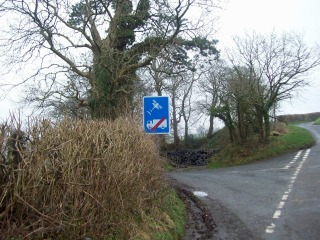 The weather had turned quite damp and by the time I arrived at the outskirts of Llanddarog I had turned on my lights.

Another ride planned for Monday.