The scourge of the wind turbines has it sights on Mynydd Llanllwni in Carmarthenshire despite strong local opposition.
It was time to walk there again before the whirlygigs appear. The Navigator fresh from two weeks in Tenerife thought this was a good idea.
The recent weather had been grim but today was a 50/50 chance of rain and we gambled.

We parked on the minor road which leads off from the A485 and then walked to the viewpoint / picnic area and headed south west across the moorland to join another minor road not far from Clynia. 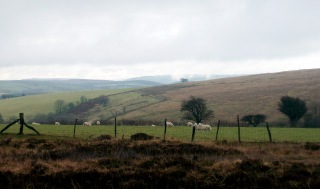 At the dog leg shown on the map we had elevenses and then set off north eastish hoping that we would be able to cross the ford..  Thankfully this was managed with dry feet. 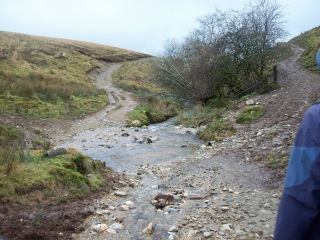 The route then went eastwards to overlook the valley and then north to Nant Y Feinen where we had lunch. We seemed to be walking in a bubble of dryness as the elsewhere the weather looked very damp, we even saw some blue sky. 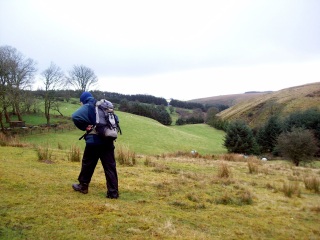 Following lunch we walked south east to the sheepfold and it was here we noticed the sheep with anti wind farm markings; that raised a smile.

We then headed for the minor road which we followed back to the car.  It was thought that our good luck with the weather would run out if we struck out across country and the boggy areas.
It will be a great shame if the planners allow any turbines in the area of Mynydd Llanllwni.  To the non walker it does look a bleak area but then we know different.

One thought on “Mynydd Llanllwni”