Owing to pre-booked appointments our walk today was planned to be a little shorter than usual.  However “The Navigator” had come up with a plan which would still make for a good walk.
We were headed for Crymych and one of the Preseli Hills outliers – Frenni Fawr.
Here is the Route (click)
We walked a short distance outside of the centre of Crymych towards the cemetery shown on the OS map and then followed a path parallel to the dismantled railway. We passed a disbanded farm and had early elevenses by the disused quarry near a lovely named farm – Jollity Farm.  We passed some pigs who seemed very happy in their muddy field. 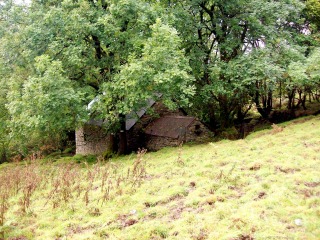 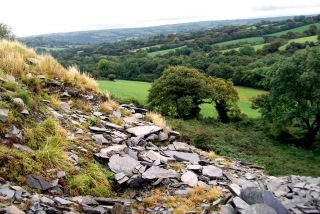 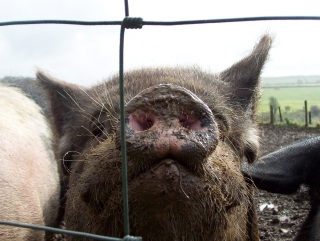 The path was well sign posted and included a diverted path which led us near to Penlan-Uchaf before the short pull up to the top of Frenni Fawr. On the way up we came across a number of fungi of the wax cap variety which included the meadow wax cap, the blackening wax cap, the parrot wax cap and I think a hygrocybe persistens (yellow). 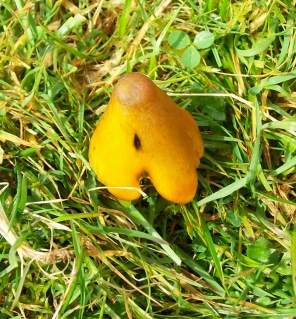 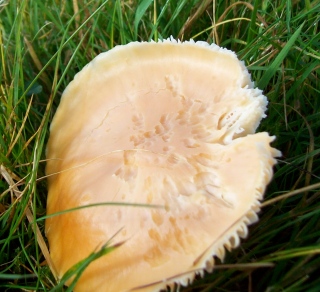 This is the time of year to see these colourful fungi and they are normally found in unimproved pastures. It is of course the season for lots more fungi. If you are within striking distance of the National Botanic Garden of Wales on the 14th October there is day dedicated to all things fungi.
Lunch was consumed just off the top of Frenni Fawr but not before looking at the views towards the main Preseli Hills, Dinas Island and in the distance Worm’s Head on the Gower. 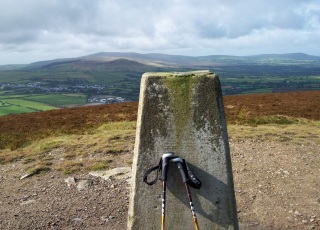 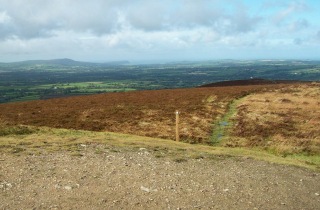 The route off the top was north west following the established path down to the road. 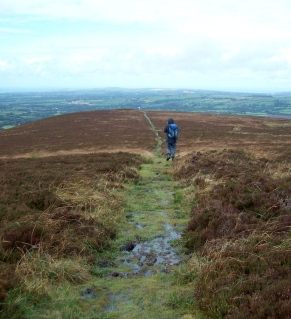 We soon turned off heading for Cidigill.  On this lane we noticed a sheep who had managed to get its head stuck in the wire fence.  As Mrs Navigator approached, the sheep panicked and pulled itself free.  Judging by the dirty fleece it had been there some time and was clearly very hungry.
By Cidigill we made a detour as our planned path was blocked by a farmer who was loading cattle into a trailer.  This led us back to the main road where we spotted the rare sight of the shy Welsh dragon. 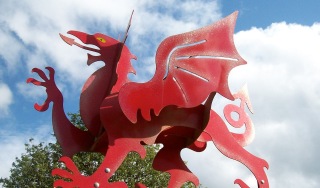 We then turned onto the minor road leading back to our car.