Today’s walk was really an aside to helping Janice (Mrs Navigator) erect her huge tent for her stay in Brecon to visit the jazz festival.

However The Navigator thought it would be useful to aid my rehab. if we made best use of the day and have a walk with some up and of course down.

We parked in the public car park in Sennybridge, crossed the A40 and over Pont Llwyncyntefin. Quite some time ago I used to kayak from near here and paddle over the three weirs. 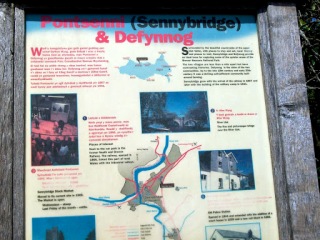 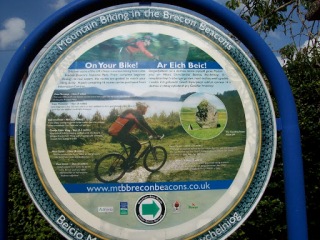 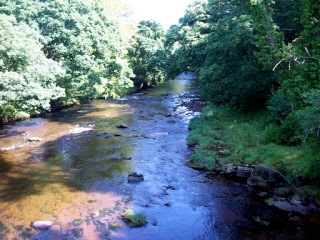 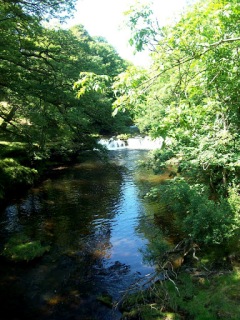 There is a riverside footpath here heading upstream which leads to a minor road.  Near Beili Bedw we took the green lane – wet in places..  This lane took us back to the A40 where we had to walk for a short time before crossing over and heading for Pontysgallog. We now had about 1.5 of road walking, but it was reasonably free of traffic..

At Nantyrharn we took the bridleway which takes a north easterly route up onto Forest Fach and then to the trig point 381. 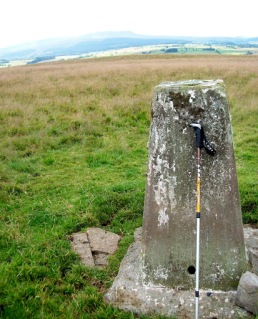 We did stop for lunch just after Nantyrharn.  There were some good views of the Brecon Beacons from the central ones, where no doubt on this fine day there were probably loads of walkers and then over to the westerly beacons. 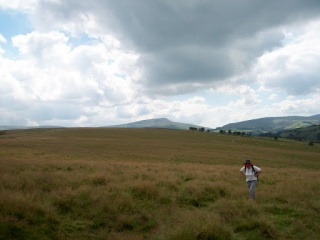 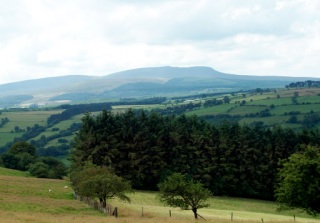 We left the trig point and headed down via the track shown to the left of the disused quarry.  On the way views of Sennybridge appeared. 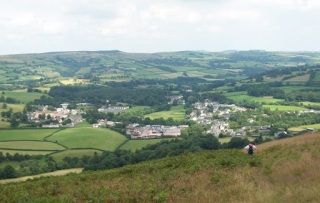 When we reached the minor road we turned right and at Trephillip Bridge took the footpath upstream on the Afon Senni back to to the car. There was an amusing sign in the river. 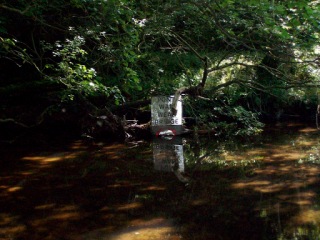 It had been a good walk if not a little on the hot side (musn’t grumble!)

The next task awaited us just outside Brecon town where Janice’s home from home was erected without much trouble.  This is camping but not as I know it! Palatial and a a Z bed which makes a neoair look like a board. 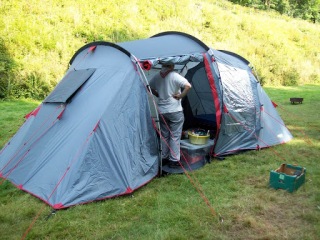