A holiday on the Isle of Wight for the week commencing 26th May saw me tentatively trying to walk without the knee protesting. I tried a one mile route along lanes and fields with no problem and with other short walks things were looking OK. On the Thursday I thought it was time for a longer walk and decided on a circular walk from our base in St Helens, cross country into Seaview and back along the coast.

The route can be seen here.

We followed a footpath north from the Field Lane caravan site, passing a well hidden trig point (49).  It is usual to find these on hill tops not hidden in a wood. In one of the fields was a collection of cattle including bison, highland cattle and some unknown white cattle. 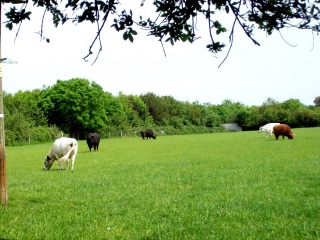 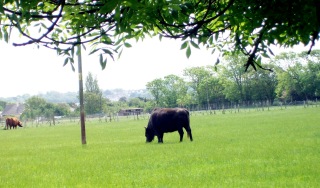 This path led to a road where we turned left and continued on into Attrill’s Lane with spring flowers still blooming. 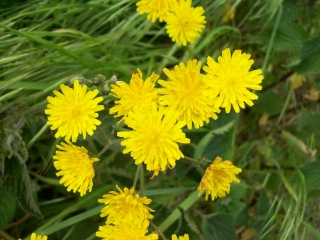 It is a feature of the Isle of Wight to see all footpaths sign posted with most showing a route number and destination.  I wonder if anyone from Carmarthenshire County Council is reading this!

We turned off this path and headed past Park Farm and then onto Calthorpe Road where we stopped at the Duke of Westminster for a shandy.  Much to our surprise the landlord was from Llandybie a village not far from our home and we had a short chat in Welsh!

The path next to the pub was then taken which led past a wildlife park and onto the coast. The coast path led into the quiet town of Seaview where we bought some posh sandwiches and ate them on the promenade next to the yacht club. 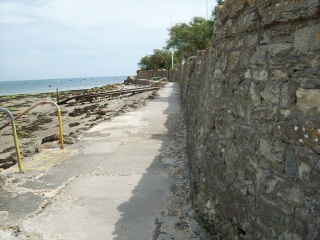 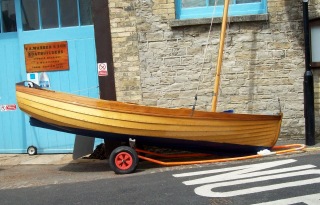 An interesting fact here is that the sign posted public toilets are actually in the local hotel!

Now refreshed  and toileted we continued our walk along the coast walking on the sands of Seagrove Bay and Priory Bay, attractive beaches backed by woods. 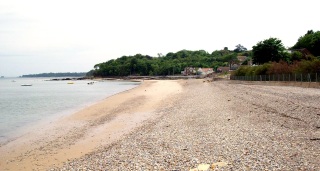 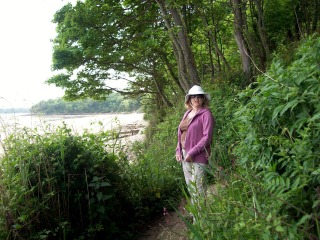 We stopped at the latter  for a sun break and read before continuing on to the beach just east of St Helen’s.  This did include a rock scramble as the tide was heading our way. 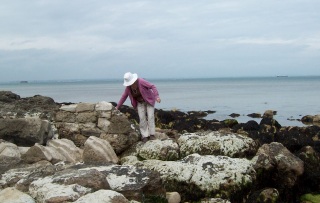 Once safely across we arrived at the area known as The Duver where yet another stop was had to consume ice cream.

We crossed the causeway which overlooks Bembridge Harbour and walked back into St Helen’s across the village green where we had already seen a couple of cricket matches.  It was now getting ready for the jubilee celebrations with a marquee erected. Unfortunately we will miss one interesting event which was billed as a “jelly fight” taking place on the Saturday.

Some 6.5 miles later and the knee was doing well albeit it was not a strenuous hill walk but still good to be out without pain.