Now that my interest in biking has been rekindled after a substantial period,mainly forced on me because of a knee problem, my friend Chris has lent me a bike (mountain bike type) to see how I get on before parting with cash.  An update on the knee is that because of inordinate delays by NHS (seven months for the first consultation) I now have an appointment on 8th June at a local private hospital.  What happens then remains to be seen.

As it was a nice day I thought I would try out the bike on a short ride not far from my home.

I loaded the bike onto the bike rack, something which has been gathering dust in the garage and drove to the start point. I could have probably ridden the bike there but at this point in the game I didn’t fancy the long climb home – a few more rides yet.

The start was just outside Porthyrhyd and onto route 47 which was off road to the entrance to the National Botanic Garden of Wales  (NBGW) and then continued on route 47 on a cycle/walking path on the outskirts of NBGW. 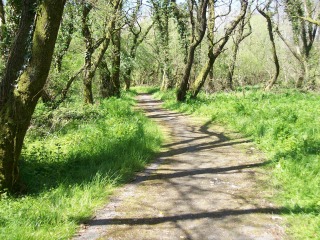 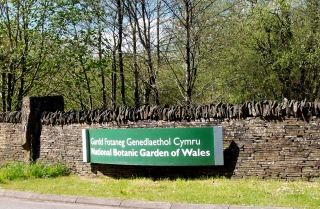 At the Corporate entrance the route moves onto quiet lanes up and down and finally back to the car.

En route there were some nice views of the Carmarthenshire countryside which of course  I had to stop and admire. 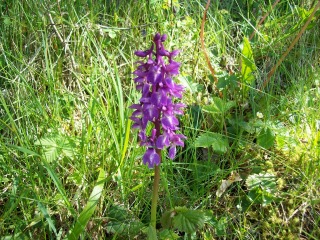 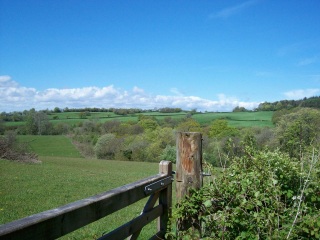 I discovered the fun of downhill free wheeling and unfortunately the puff of uphill.

Again there were no problems with the knees and so, more riding to come.