One of my favorite sayings is “Man Plans and God Laughs”. Today I should have been on day 2 of a backpack with my brother- in- law walking in the Elan Valley area.  However the hot weather of recent times suddenly turned to snow and high winds and being of the wimpish (sensible) mode we cancelled.

My usual navigator who normally walks on a Thursday had decided not to and I was therefore left to my own devices and as the sun was out I had to go somewhere. There is an excellent book by Alan Richards in which he describes 10 Great Walks in Carmarthenshire and so far they have been spot on. One I had not done was his Bronwydd- Newchurch walk and so off I went.

I parked in the car park at Bronwydd Village Hall and if anyone is reading this who also enjoys kayaking/canoeing then the first photograph shows the HQ of Whitewater Consultancy a business started by the late Huw Evans who passed away far too young. 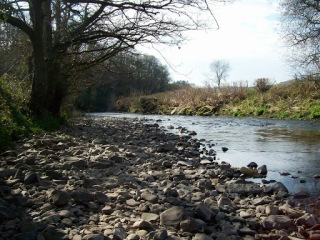 The river is the Afon Gwili and again if you paddle, this is an excellent grade two run with a grade three drop known locally as Bronwydd Falls – about the only rapid I have not swum!

The walk takes in the true left bank heading downstream and on to the main A464 where there is a plaque commemorating the now demolished pub, “The Bronwydd Arms “which gave the village its name and was also famous for pub game known as Tip It.

A short way down the main road the route takes a right turn and we head off into the countryside with lots of newborn lambs about. 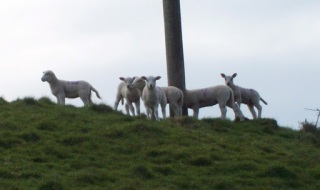 Once back on the road fine views of Carmarthen can be seen.

It was on this road a car stopped and asked if I wanted a lift – my neighbour on his way to Carmarthen Golf Club.  I of course refused and carried on by foot.

The route then again leaves the road and follows a fine bridleway by a farm with a very posh sign. 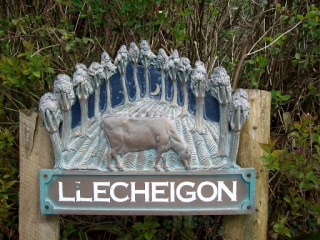 This path leads to Newchurch (Llannewydd).

Just inside the graveyard is an informative information panel which includes a story about the Rebecca Riots.

The graveyard also has two war memorials with just a few names of those locals lost in the Great War, always sad. 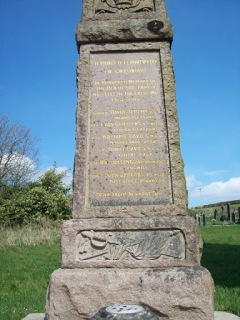 A little further on another bridleway is walked which leads to a lovely path through woods, although some landowner has erected a sign which warns of terrors ahead.  I did come across two large trees which had fallen across the path, but nothing else one would not expect on a country walk.

This path leads to the main A484 and the property which was once a pub called the Rock and Fountain. before it became a private residence it was here paddlers gained access to the Afon Gwili, but no longer.

Our route however turned right before the road was reached and struck steeply uphill through the woods and then across the golf course onto the road.

A little further downhill a “No Through Road ” is taken and once again a lovely track passing a farm I was told could be yours for £2million and also fine views takes you all the way to Cwmdwyfran Farm and back again to the A464. 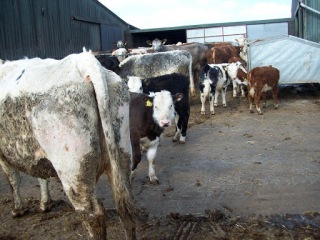 Just past the small housing estate the route crosses the road and across the fields down to the Afon Gwili. 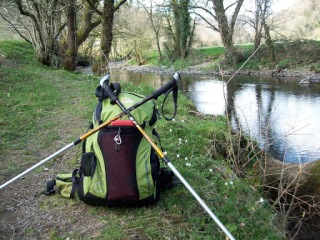 The route follows the river downstream back to the car park.  There is another information panel here which describes how the local home guard manned a pill box opposite the Rock and Fountain in case the enemy called!

Mr Richards is in the middle of publishing volume 2 of his walks and I look forward to walking them.